MobiPicker
News Moto X Style Now Getting Marshmallow Update in India and Brazil
Share on Facebook
Tweet on Twitter
Deal Alert: 49% Off on ExpressVPN
Touted as #1 VPN in the world, ExpressVPN is now offering 49% off & an additional 3-months of service on its annual plans.

The Motorola Moto X Style was launched last month in India and came with Android 5.1.1 Lollipop pre-installed. In case you own the smartphone, then the good news for you is that Motorola has started rolling out the Android 6.0 Marshmallow update for the Moto X Style in Brazil and India. 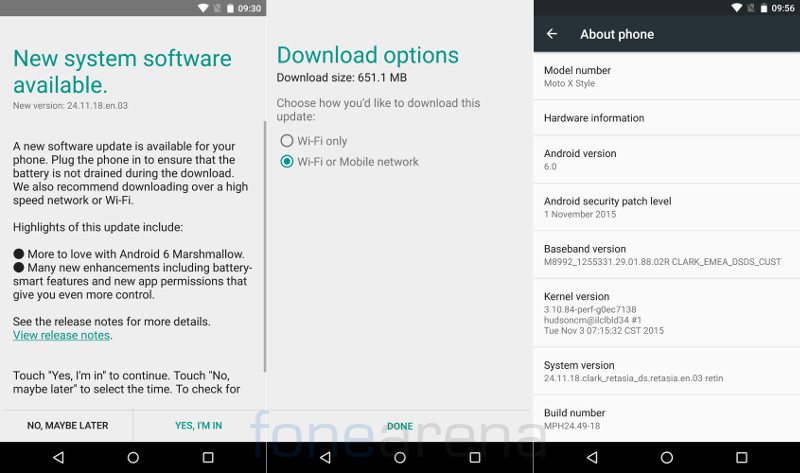 David Schuster from Motorola posted that the upgrade has also been rolled out for  the Moto X (2nd Gen) but only in Brazil. The update will take a few weeks to reach all the phones, so wait for the notification. Schuster also said that the plan to bring the upgrade to 2015 Moto X Pure Edition (3rd Gen) is on its way and can be expected in a few weeks.

The new Marshmallow update brings a lot of new features to the table, like a new Memory Manager, Do Not Disturb button in the quick settings panel, Google Now on Tap, Doze, App Standby, Automatic App backup, and much more. You can visit the official Motorola page to know more about the update. The Marshmallow update measures 651.1MB and gets a build number v24.11.18.en.03.