This Friday, Motorola has released the Moto X Play in Canada, which is apparently the very first nation on earth to get the newest smartphone. 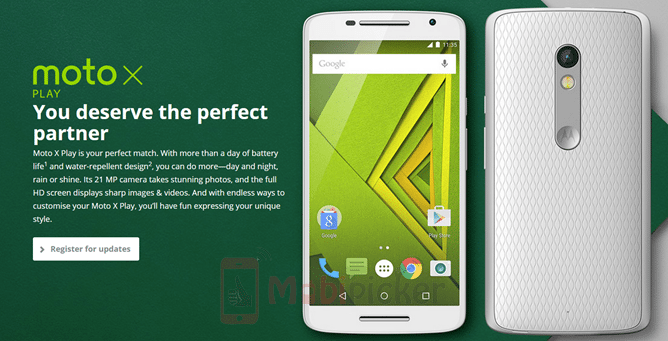 At this time, Canadian customers can purchase the smartphone from five carriers. However, Videotron and SaskTel are offering the newest handset for the best costs off-contract: 399.95 Canadian dollars, and 399.99 Canadian dollars, respectively. Other options are available from Koodo (410 CAD), Telus (420 CAD), or Bell (449.99 CAD). If you want to go with 2-year contracts, these are beginning at 50 CAD plus standard monthly fees.

The Moto X Play was unveiled along with Moto X Style (known as Moto X Pure Edition in the US) and the Moto G (2015). Working on nearly stock Android 5.1 Lollipop, the X Play offers lots of attractive features (for its cost class), including a 5.5-inch 1080p screen, an octa-core Snapdragon 615 chip, LTE, 2 GB of RAM, 32 GB of expandable storage, 21-megapixel rear shooter, and a 3,630mAh battery. The handset is splash-resistant and can be customized via Moto Maker for free.

Though Motorola stated that the Moto X Play wouldn’t be released in America, the handset could be available in States finally, but under another name: Droid Maxx 2. Following the previous trend, the Maxx 2 also appears to be a Verizon exclusive.