MobiPicker
Mobiles Android Moto X (2017) Images Leaked; May Not Sport USB Type-C
Share on Facebook
Tweet on Twitter
Deal Alert: 49% Off on ExpressVPN
Touted as #1 VPN in the world, ExpressVPN is now offering 49% off & an additional 3-months of service on its annual plans.

2016 has been a splendid year for technology. New smartphones that pushed the limits of RAM, new TVs that pushed the limits of display technology and new tablets and laptops with more and more features – all paving way for an exciting year ahead. 2016 was also the year that saw several leaks and images for the newer versions of smartphones and processors. And before we bid adieu to 2016, let’s take a look at the leaked images of Moto X (2017).

Based on factory CADs, Moto X (2017) has been revealed in a number of new images, coupled with a 360-degree video. More often than not, the renders based on CAD information match well with the actual build and make that the phone is likely to come with. Initial glance at the leaks tells one thing – the renders look very much like the current Moto Z. Moto X series was thought to be dead. Is the company reviving Moto X series but with looks that are similar to Moto Z? Will this design become the default template for all Moto devices in the upcoming year?

Well, it looks like Moto X (2017) will not come with USB Type-C. Most of the premium high-end phones that have been launched recently have adopted Type-C as the default. And this is expected to continue with 2017. It’s unclear as to why Moto X (2017) does not feature a USB Type-C, but it does feature the conventional headphone jack and microUSB. Images also point at the absence of pogo pins. The back panel is slightly curved. This probably means that you cannot use Moto Mods with Moto X  (2017). But what’s interesting is the that the fingerprint sensor now comes in a more familiar shape – it has transitioned from the previous square shape to the more accepted pill shape. 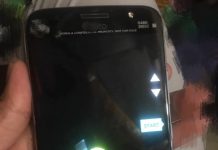