As reported last month, Motorola has finally launched the Moto Turbo in India. The smartphone is available exclusively on Indian e-commerce site Flipkart for INR 41,999 ($669). 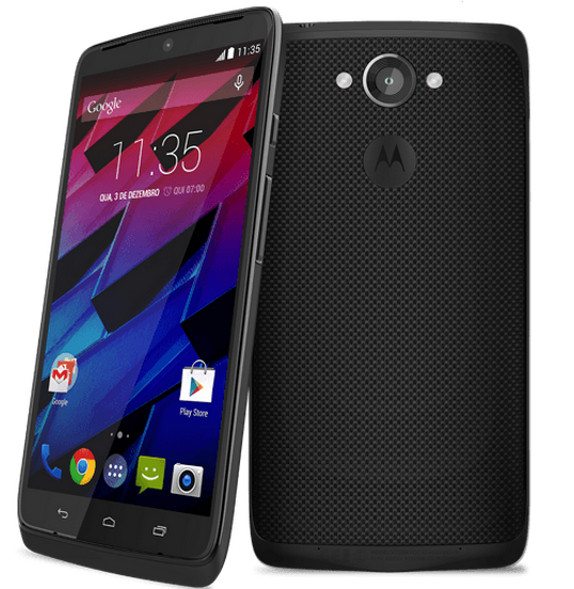 The Moto Turbo sports a 5.2-inch AMOLED screen with 2560×1440 pixel resolution and is powered by a Qualcomm’s Snapdragon 805 chip equipped with quad-core 2.7 GHz processor. It supports LTE Band 3 and packs a 3GB of RAM, 64GB on-board storage and 3,900 mAh battery. The phone also carry Turbo charger, which gives you up to 8 additional hours of power with just 15 minutes of charging.

Moto Turbo runs Google’s latest Android 5.0 Lollipop OS out of the box and features a 21 megapixel rear shooter with 8x digital zoom and dual LED flash. For selfies and video calls, there is mere 2 megapixel snapper placed at front.

This Moto handset comes with a back cover that’s made of metalized glass fiber for a smooth, long-lasting and lustrous finish. The nanocoating that is water repellent shields the Moto Turbo from an unanticipated drizzle or inadvertent water spills.

Currently, the smartphone is up for pre-orders and will be shipped starting from 3rd week of this month. Also, the phone comes with 1 year manufacturer warranty for handset as well as in-box accessories.

The Flipkart is [highlight]offering 100% cashbac[/highlight]k to 25 lucky customers, who will pre-order the Moto Turbo [highlight]today only [/highlight](that is March 9th). All 25 lucky names will be announced on April 10