Moto G5 seems to be the hot favorite topic of rumor mills. After appearing in various leaks, the handset has made an appearance on the FCC (Federal Communications Commission). 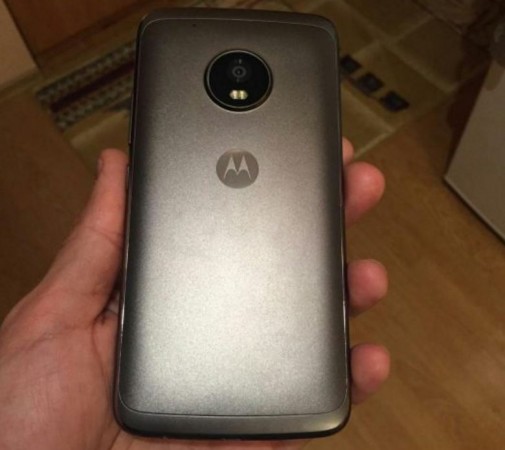 Moto G5 and Moto G5 Plus are expected to be launched in Barcelona next month as Lenovo sent out the invites for a product launch on February 26, a day before the Mobile World Congress (MWC) 2017. Though the invite doesn’t mention any particular model, it is more than certain the successor to Moto G4 will be the star of the event.

Most of the time Moto G5 Plus starred in the rumors, but for a change, the model appearing at FCC is a non-Plus one. The handset with model number: 9839 has been given green light by the US Telecom regulator. Sifting through the papers one can find out important specs information about the smartphone. First up, the Moto G5 will support NFC – a first for the G-series.

Other information reveals that Moto G5 will house a 3,000mAh battery with a fast charger capable of outputting 14.4W at either 9V/1.6A or 12V/1.2A, as well as 5V/1.6A. Rest of specs are pretty much the same we have learned in various leaks.

The smartphone will support a 5.5-Inch Full HD display with a Qualcomm chip (mostly the Snapdragon 645 14 nm) inside. There will be 16 Gigs of onboard storage with 3 GB RAM. Camera department of Moto G5 will comprise of tested combo of 13 MP and 5 MP, rear and front shooters respectively. As for the Plus variant is concerned, it will incorporate some enhanced features to make a difference between the two.

Motorola is yet to comment on these rumors so we advise you to take all this information with a pinch of salt. Anyways, everything will be confirmed within a month on February 26. We will update this space once more info surfaces.