Subscribers of Verizon wireless — especially those planning to buy the Moto G5 Plus — looks like the wait is going to be over real soon. The carrier seems to be poised to bring the new Motorola handset to the US. 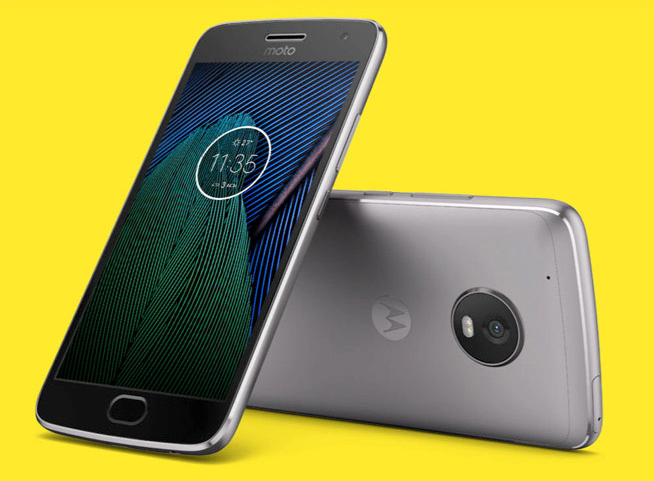 The info has been leaked by renowned tipster Evan Blass, also known by his Twitter handle @evlaeaks. According to Blass’ assessment, Verizon will emerge as one of the first U.S. network operators to start offering the G5 Plus in the country.

In one of his recent Tweets, the tipster shared an image of the Verizon variant of the device. While the image doesn’t reveal much about the handset, it does look awfully similar to the international variant.

Moto G5 Plus for Verizon. pic.twitter.com/XfmzLMc8zn

Starting with the design, the image basically shows off a decent-looking handset with a metal body and round camera housing on the rear panel. Oddly, though, you can not spot the Verizon branding anywhere on the image shared by Blass.

As the moniker itself suggests, the Moto G5 Plus is the successor to the moderately popular Moto G4 Plus. The device is expected to come equipped with a 5.5-inch or 5.2-inch Full HD display sporting a resolution of 1920 x 1080p.

According to one rumor, the G5 Plus will carry the same SoC under the hood as the Moto Z Play, i.e. the Snapdragon 625 octa-core chip clocked at 2 GHz. The RAM and built-in storage capacity stand at 2GB and 64GB respectively.

Word around the water cooler is that the device will flaunt a 12MP rear camera and a 5MP front-facing camera, as well as a 3,000 mAh battery with TurboPower charging.

Meanwhile, speculations are rife that the handset will come preloaded with Android 7.0 Nougat.

As we previously pointed out, odds are high Motorola will officially launch the Moto G5 Plus at MWC 2017, scheduled to kick off in less than a week. Verizon could make available the device on its network on April 3. Although, it is possible that the handset may hit the store shelves in other countries such as India before it arrives in the U.S.

As for the pricing, the unlocked G5 Plus will set back users somewhere around $250.