It may be a pleasant surprise if Motorola is going to release a new version of its ultra-cheap Android smart phone, the Moto E 2nd generation. The alleged images of second generation Moto E are making the round over internet. 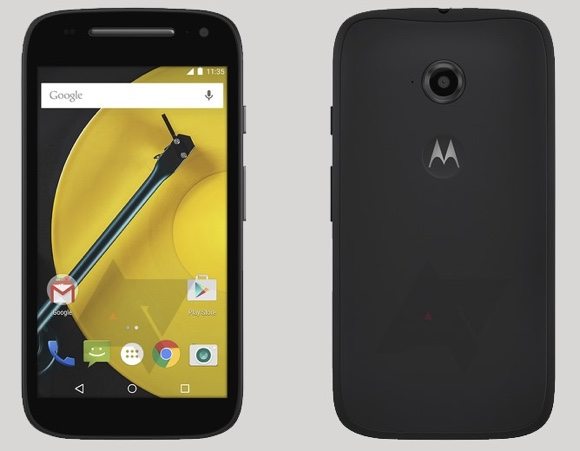 It appears as if Motorola has decided to give the handset a slight makeover in terms of its design like screen to body ratio, no camera flash, which mark signs of low-end devices. However it is a bit suspicious that there is a huge gap between the top speaker grill to the display of the phone which was not present in the original Moto E.

Affording consumers an opportunity of super-cheap way to get a taste of Lollipop would be sequel action . It let us to wait and see if Motorola’s announcement comes along, may be at MWC in March this year.