Just recently a new image surfaced from the PC version of Mortal Kombat X. Inside of this image read “Un-used DLC” alongside an oddly listed “Halloween Pack” and “Zombie Pack.” At first glance, many people believed that this might be something new for MKXL. However, upon further investigation, that’s just not the case. As of right now, it appears that all of these new listed packs and random “un-used DLC” names are nothing more than Kombat Pack 2 development code names.

What relation do those images have with Mortal Kombat X?

At first glance this looks pretty interesting because there’s stuff like Zombie Pack and Halloween Pack. Also, because you don’t have either of those things mentioned at the bottom of the SteamDB page for Mortal Kombat X. So, what do these files actually mean? Well, it turns out, these are just development names.

For instance, “Paul” is for Alien because of the film titled ‘Paul’ that starred an Alien. Bar Fight is for Barecho, Lambs is for Leatherface etc. With NetherRealm Studios being silent for nearly 2 months now, this really did get ours and many in the community’s hopes up. Though there’s still a slight chance for some type of new Day of the Dead Kitana on consoles, that’s pretty much the only thing we have to work with as of now.

So, no, these are not unused DLC characters or features. They’re simply code names for Content Pack 2. Sad because zombies and other mentioned stuff would really add well to the game.

Anyways, what do you all think of this list of “un-used DLC” that was randomly discovered recently? How would you feel about getting a Zombie Pack for MKXL? If a Halloween Pack was real, what would you want to see from this DLC? Be sure to let us know inside of the comment section below 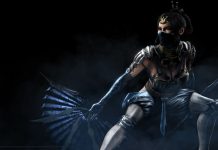