The IFA superconvention of this year’s is just around the corner and, among other firms, we’re undoubtedly anticipating Huawei to unveil a minimum of one smartphone at it. The unit is considered to be a phablet and, according to flows, to be the latest iteration of the mate line. 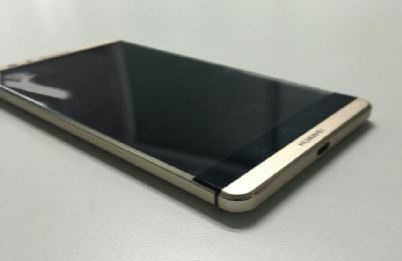 The name is somewhat vague, as some sources call it the Mate 7S, or simply Mate S, although some insist that it will be called the Mate 8. Who knows – perhaps we’re speaking about two apparatus that Huawei is preparing for the large occasion.

Regardless, the flow we’re going to discuss here claims the fingerprint detector-equipped, gold-coloured phablet that we have been seeing in images for recent days is really the Huawei Mate 8. It then continues to list some details that people haven’t heard so far (via Weibo).

For one, the mobile will, apparently, rock a 2.5D layout. This implies that its front glass will go all the way to the edges of the mobile, and be rounded off in the ends, giving the device a bezel-less appearance. Second, the source says that SoC is a Kirin 950 – this differs from preceding gossips, which maintained a Kirin 935. According to recently leaked standards, the Kirin 950 tops the Exynos 7420 powerhorse by quite a bit. Eventually, the report asserts the Mate8 will rock a 4,500 mAh battery!

Well, that is rather the juicer – we need to wait and see just how much of the information is not false, however. Obviously, we’re becoming anxious to learn what just Huawei has in store for us and, more significantly – get our grubby hands on a unit!