They just announced a Monster Hunter themed Nintendo Direct event. The event will take place this Thursday at 8 pm according to Japanese Standard Time. If you look at the description on their website, they talk about sharing new developments in the Monster Hunter series. This is coming straight from the producer. The fact that they’re not using the Stories logo or anything else should be a solid giveaway that this is indeed going to be a new game revelation.

Last year’s investor report shows Nintendo talking about a new Monster Hunter related title that is predicted to sell 2 million units by March 2017. Investor reports basically outline what investors could expect from Nintendo and why Nintendo stock prices will continue to rise, thus encouraging them to continue investing. If you think Nintendo was talking about some Monster Hunter game on the Nintendo Switch then you’re wrong because Nintendo Direct will not be about the Switch, as mentioned on the website.

There will be no information about smartphone related content either (so, nothing about Super Mario Run sadly). Right now, whatever they want to talk about is neither for the new console or smartphone. This is not an unexpected thing because Nintendo Switch is on lockdown till next year. And thankfully, we won’t be getting anything Monster Hunter related on the smart phone. So, that’s two boxes you can happily check.

The title most likely won’t be announced for the Wii U because of poor game sales on it. So, we can pretty much say this is going to be a new 3DS game. This will be a pre-recorded presentation and not live. Also, what’s really interesting is the fact that they are talking about age-restricted content in the game that they will be revealing. So, we know for sure this is going to be something new in the main Monster Hunter Series (and not Stories) because only the main series has age-restricted content. 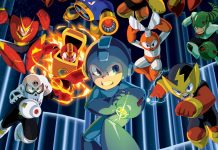 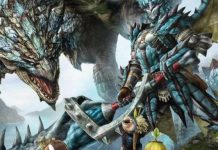