At some point in our life, we have all have been pretty bummed up at our smartphones fragile screens, which seems to crack-down even with low height fall. That makes us all wish to own a smartphone which will never break. But no smartphone has yet been able to fulfill our wish. However, there seems to be a hope coming from a scientific breakthrough claimed by some researchers. They claim to have created a Miracle Material which is durable to wear and tear and can be used to make crack-proof smartphone display in future.

According to a research published in Eurekalert, a team of scientists has successfully synthesized a material dubbed Miracle Material, that can serve as a cheap but better alternative to rather expensive silicon and other compounds. according to an estimate, roughly 1.5 billion smartphones are shipped every year, with silicon as its basic raw material. Silicon-based chips and components prove to very expensive and such a glaring market for an alternative material has driven the research for discovering a cheaper and not so fragile material.

A group of researchers from California and Japan under the supervision of Dr. Elton Santos from Queen’s University’s School of Mathematics and Physics, have been working for long in search of such a miracle material. Their aim was to create a new dynamic device that will be able to conduct electricity. And at the same time is durable, light and can be processed on an industrial scale.

Dr. Santos and his team found that when they combine C60 which is a semiconducting molecule with layered materials, like graphene and hBN, the result is a unique product which will revolutionise the present concept of smart devices. the miracle material could be produced because hBN provides the required stability, electronic compatibility, and isolation charge to graphene. The Miracle Material has some unique features which do not exist in any known material naturally. This synthesis process is called Van Der Waals solids. It basically allows compounds to be brought together and assembled in a pre-defined way.

Dr. Santos explains, “Our findings show that this new ‘miracle material’ has similar physical properties to Silicon but it has improved chemical stability, lightness and flexibility, which could potentially be used in smart devices and would be much less likely to break.” He futher added, “The material also could mean that devices use less energy than before because of the device architecture so could have improved battery life and less electric shocks.”

Talking about his team he Dr. Santos said, “By bringing together scientists from across the globe with expertise in chemistry, physics and materials science we were able to work together and use simulations to predict how all of the materials could function when combined – and ultimately how these could work to help solve everyday problems.”

In the meantime, you can check out these cool pictures of iPhone 8 cases and dummies at Computex 2017. For more recent updates, be sure to visit the news section of MobiPicker. 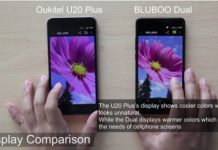 [VIDEO] Bluboo Dual vs Oukitel U20 Plus: Find Out Who Emerges Victorious In the Battle Of Budget Flagships? 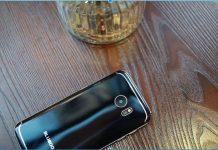 Bluboo Edge: The Smartphone That Doubles Up As A Heart Rate Monitor 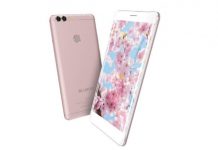