Raspberry Pi 3 is a great mini computer, but it has one huge drawback. It doesn’t support SSD storage, making it a poor choice since you’ll need lots of storage in most usage scenarios, and making a large capacity SD card to work with Raspberry Pi 3 can be a real pain. If wanting to have micro PC that can be equipped with large storage, check out MInnowMax Turbot Dual-E board. 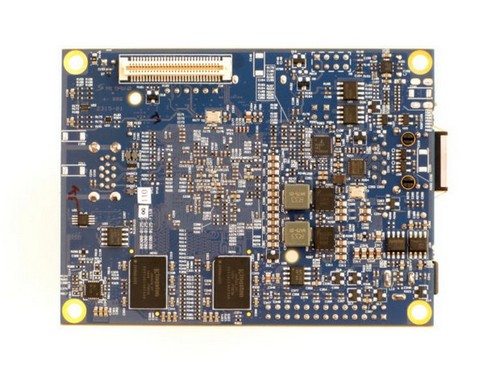 MinnowMax Turbot is a micro PC similar to Raspberry Pi, but unlike Raspberry Pi, it supports SSD storage. The only problem is that if wanting an SSD, you’ll have to give up from Wi-Fi since there is just one m.2 slot. Other specs include a choice between dual-core Atom E3826 @1.46Ghz, or a quad-core Atom E3845 @1.91GHz, integrated GPU, USB 2.0, and USB 3.0 ports, 2 gigs of DDR3 RAM, a single HDMI port, two Ethernet ports and an SD card slot. Solid specs for such a tiny PC.

MinnowMAx Turbot will be available starting from Q3 2016, it will support Linux, and might support Windows 10 IoT Core, but that’s not confirmed at the moment. It will be interesting to see will the next generation of Raspberry Pi finally get SSD support. For now, MinowMAx Turbot seems like a better choice.