What’s this? A launch trailer actually releasing on a game’s release date? Are we living in bizarro land now? Telltale Games has released a new launch trailer for the fifth episode of Minecraft: Story Mode. Episode 5 was originally slated to be the last episode for the game, but Telltale recently announced its extension by a few more episodes. 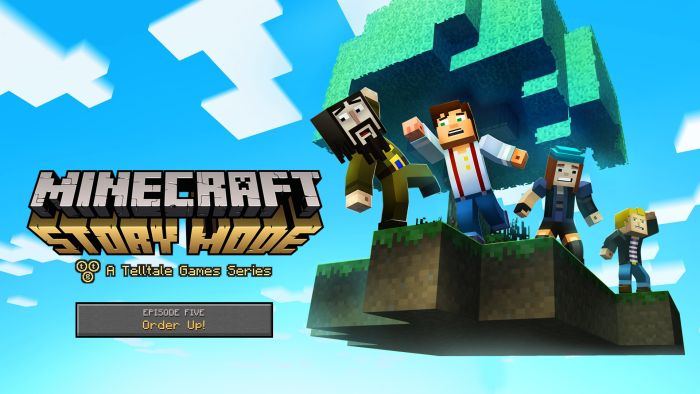 According to Telltale games, there will be 3 extra episodes for Minecraft: Story Mode, bringing its total to a whopping 8 episodes. This is the longest season in Telltale’s history, if I am not mistaken. The episodes will be released over the course of the year, and will continue the story arc that begins in Episode 5.

The new trailer shows off Sky City, where building is outlawed, putting the Order of the Stone in a bit of a fix. As usual, it’s up to Jesse and his friends to save the day.

Apart from the new trailer, Telltale Games has announced that console, mobile and Windows 10 versions of Minecraft will soon receive a Minecraft: Story Mode skin pack. It’s not announced when said content will be released, but we will hear more about it in the coming weeks. Take a look at the new trailer below, and let us know what you think in the comments.