As was announced at the Microsoft conference at this year’s E3, Minecraft: Pocket Edition has just been updated to 0.15, the update that we’ve covered for quite a while now. The update was christened “The Friendly Update” earlier this month, and it’s called that mainly due to its inclusion of Minecraft Realms, a subscription-based service that essentially lets you rent official Minecraft servers. The twist is, these servers can be connected to across devices, so you can play on an Android device while your friend plays on an iPad. It even works with GearVR, so you can get especially up-close if you’d like. 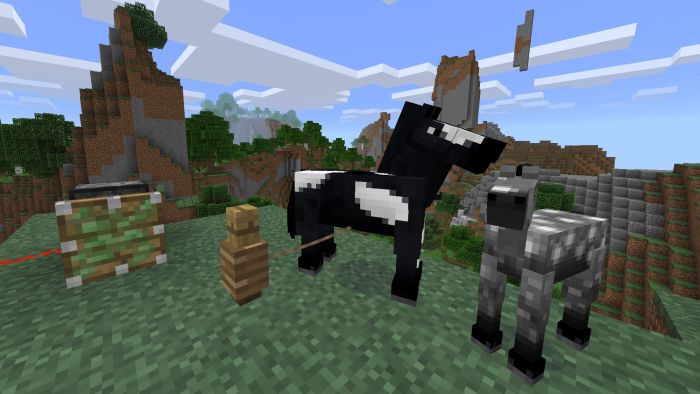 You can even try out Minecraft Realms on a month-long free trial, which you can learn more about over at the official site. Additionally, there’s pistons, observer blocks, Xbox Live Achievements (on iOS and Android), leads, horses, dyeable horse armour, fire charges, pig riding, a new main menu UI, husk zombies in the desert, stray skeletons in tundras, different villages in taigas and savannahs and skeleton horse traps. You can also tip arrows using a cauldron, and get potions.

There’s also a number of bug fixes and tweaks, such as note blocks being louder. Are you going to use Minecraft Realms? Do you expect to ride pigs a lot? Let us know what you think about this new update in the comments below.