Minecraft has been in existence since 2009 and was initially a product of Markus Persson (before it was bought over). Minecraft is an open-ended 3D game where you can build and craft anything you like. Minecraft server allows players to connect in an online game. Minecraft has been used to teach programming and mods (game modifications) which allow for in-game programming but something new is writing BASIC code inside Minecraft. That is totally strange. 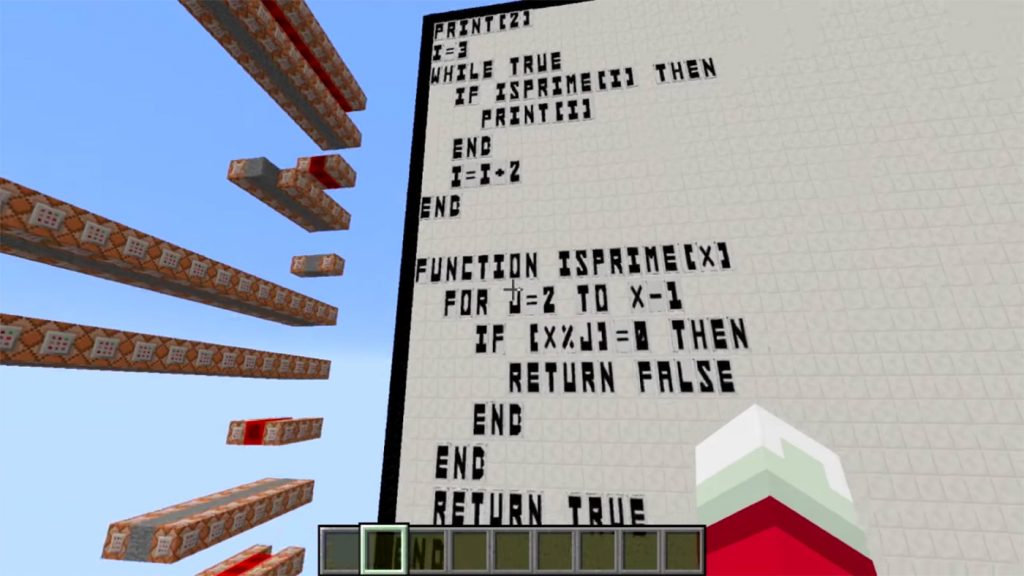 SethBling just unraveled the myth by developing BASIC interpreter that will enable you to run simple programs and script within Mojang’s world-building game. The process involves a set of lengthy commands but the bottom line is that it works.

Besides printing text, you can also create in-game robots (‘turtles’) to perform tasks. For example, if you want to dig a long tunnel in the Mojang’s world-building, all you need to do is to start running a digging script and the bots will do the rest of the hard work.

This means that you will be writing terribly long codes in a game world that was never meant to be so. However, the process of writing the codes is break-neck slow because Minecraft runs 20Hz operation limit (which means only 20 commands can be performed in a second). This gets worse as you keep using it.

The good thing is that you don’t have to learn any codes because SethBling has posted the necessary add-ons which you just need to install then do a little maneuvering on IF/THEN statements.

This development will besides making Mahjong world-building game easier to play also broaden the understanding of young programmers on the diverse ways the act can be applied. SethBling has only opened up the door and before long, I have a hunch that more exploits and further developments would be done on his codes.