Minecraft on the PC very recently rolled out the 1.9 Update, titled the “Combat Update”. It brings a number of changes to – well, the combat, what did you expect? Most crucially, it breaks PC-Console parity and pulls the PC version far ahead in adding new features. What are console players of Minecraft missing out on, then? We take a look. 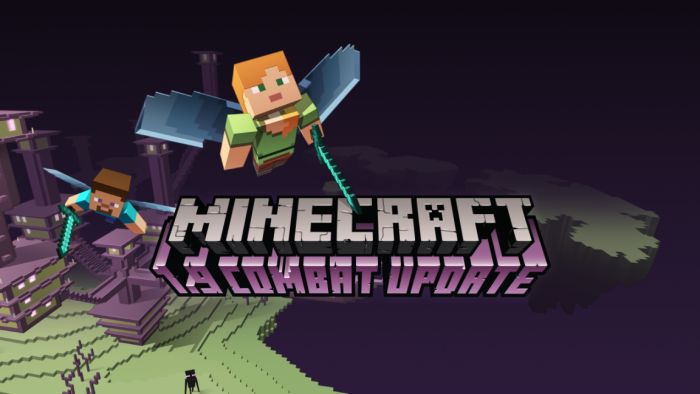 Minecraft’s 1.9 Combat Update introduces dual-wielding, allowing you to equip two things, one in each hand. For instance, you can swing a sword with your right hand while carrying a torch in your left hand. It’s pretty hand-y, get it? No? Okay.

Also included in the update are shields, new types of arrows and igloos. Let’s repeat that for a moment – the update includes igloos, and if you remove the carpet inside them, they can sometimes reveal a hole that goes all the way down to a dungeon. A dungeon below an igloo – what more can you ask for?

But there’s a lot more to the update than that. The fight with the Ender Dragon has been revamped, and an endgame has been added after that fight. The fight itself can be repeated now. Upon beating the Ender Dragon, PC players can now explore the outer islands of the End, complete with End cities and the strange creatures that inhabit the place.

We expect the Combat Update to appear on consoles at some point in the future. The real question is ‘when?’ We don’t know yet, and since the update hasn’t been announced for consoles yet, it is likely going to take some time to show up. Until then, it seems PC players of Minecraft will have a leg up over console players.

Do you play Minecraft on the PC or the console? What features of the Combat Update are you most excited for?