MobiPicker
News Microsoft’s Next Surface Device ‘Cloud Book’ Will be Aimed at Students and...
Share on Facebook
Tweet on Twitter
Deal Alert: 49% Off on ExpressVPN
Touted as #1 VPN in the world, ExpressVPN is now offering 49% off & an additional 3-months of service on its annual plans.

Microsoft will conduct what’s being widely perceived as the company’s spring event on May 2, 2017, in the New York City. As always, speculations are rife regarding what could be in store for consumers. While nothing is confirmed yet, word on the street is that Redmond will be unveiling the next-generation Surface Book and Surface Pro machines. 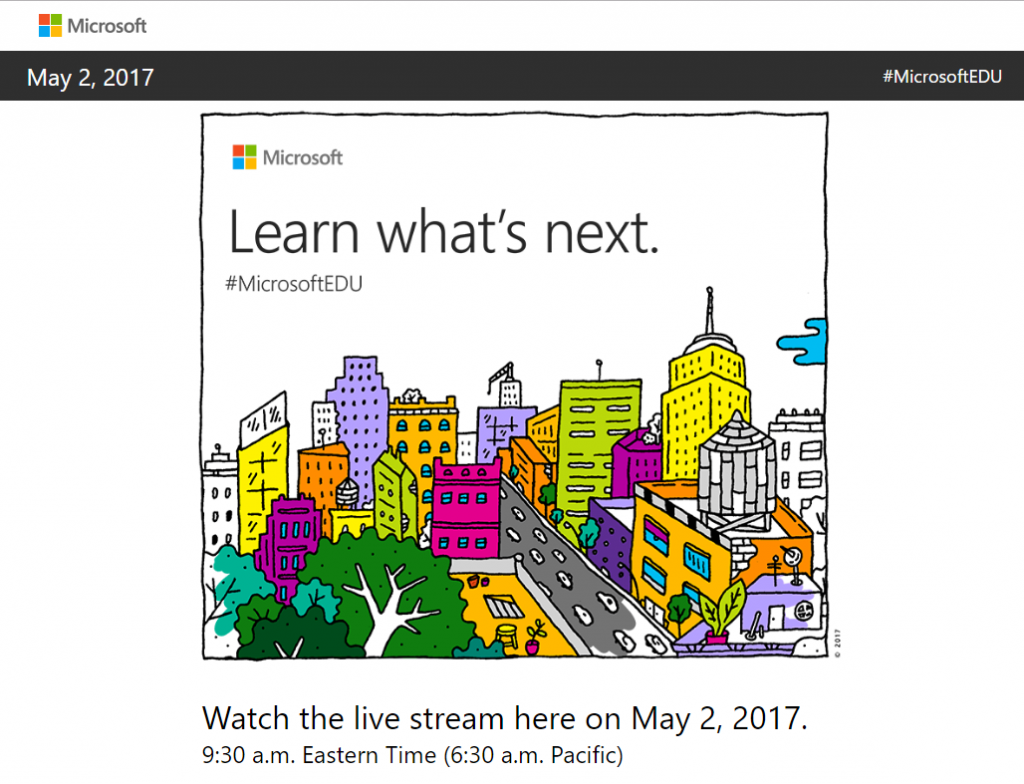 Given that Microsoft’s PR teams are emphasizing on the hashtag #MicrosoftEdu, odds are high the forthcoming event will focus on educational aspects of its new devices among others. With that presumption comes the rumors that Microsoft will be highlighting its forthcoming Windows 10 Cloud product at the event. If these rumors are to be taken on the face value, we will probably get to see a totally new variant of the Surface dubbed “Cloud Book”, as pointed out by the folks over at MSPU.

Note that these rumors are not entirely void of substance. Recently ZDNet’s in-house Microsoft-watcher Mary Jo Foley had mentioned that such a cloud-based device could be under development at Redmond.

If Microsoft is indeed working on a low-cost Cloud Book aimed for educational use, the company might opt for an ARM processor considering that the Windows-maker has already announced that the full Win 10 operating system will run on ARM with the Qualcomm Snapdragon 835 SoC being pegged as the most favored candidate for Windows 10 ARM machines. (ARM because ARM-powered machines generally tend to be lower cost in addition to fetching longevity.)

Allow us to reassert that these are purely speculative reports at this juncture. However, there is no doubt that with Microsoft Build 2017 also scheduled in May, we could have a lot of new and refurbished lineups coming our way.