Ever since Microsoft first unveiled its hugely anticipated HoloLens mixed reality goggles, the company has been periodically demonstrating  new ways businesses and potential customers could use the device when it finally arrives. 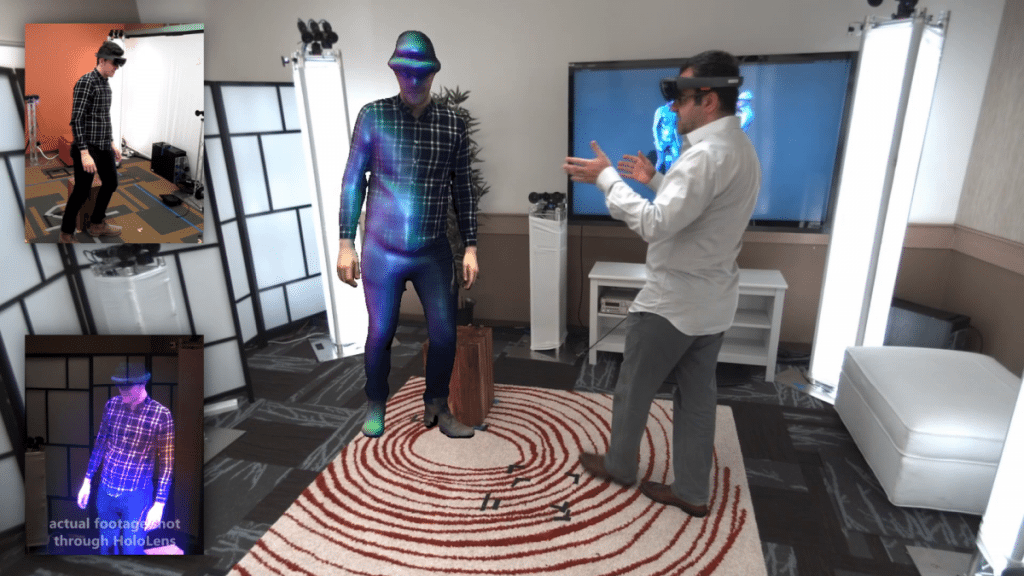 It remains a matter of mere speculation how many of those new (and dare we say,)mind-boggling technologies would eventually turn into reality. However, if the company’s latest demonstration of one such technology actually enters the commercial sphere, it will undoubtedly revolutionize the fabric of remote-communication as we have known it.

The new technology, still under development, is called “HoloPortation”.

Admittedly the good folks at Redmond’s tech giant could have come with a better moniker that doesn’t sound too corny. But then, who cares about the name as long as the technology it represents enables us to replicate the “futuristic” hologram-powered communication device shown in epic sci-fi movies like the Star Wars?

Leaving aside the technical nitty-gritty behind HoloPortation’s modus operandi, it is basically a device that creates a live hologram of a person or an object and transmits it to a remote location.

During the demonstration, 3D cameras placed in one room were used to capture a person’s movements and speech in real time, and then the same was projected into another room as a hologram using the HoloLens.

It is not exactly easy to depict the technology in its full glory using mere text, watch the video below to have a fair idea what it is capable of:

As you can see, the communication technology developed by Microsoft’s in-house I3D Research group, is a bit resource intensive and requires loads of hardware. But, once it is properly configured, the user will be able to not just communicate in real time using a hologram, but also record the entire conversation to play it later.

Apart from that, HoloPortation also allows users to adjust the size of the hologram based on their preferences.