MobiPicker
News Microsoft Starts Shipping Display Dock For Lumia 950 XL
Share on Facebook
Tweet on Twitter
Deal Alert: 49% Off on ExpressVPN
Touted as #1 VPN in the world, ExpressVPN is now offering 49% off & an additional 3-months of service on its annual plans.

Microsoft recently launched the Lumia 950 and Lumia 950 XL. Although Microsoft promised a complimentary Display Dock on purchase of the 950 XL, it wasn’t shipped along with the device. Microsoft confirmed that the offer is for a limited time period and that the Dock will be shipped separately. The company recently confirmed the shipments of Display Dock in the US by sending a notification to the Lumia 950 XL customers. The eligible users should receive their shipment in next 3-7 business days. 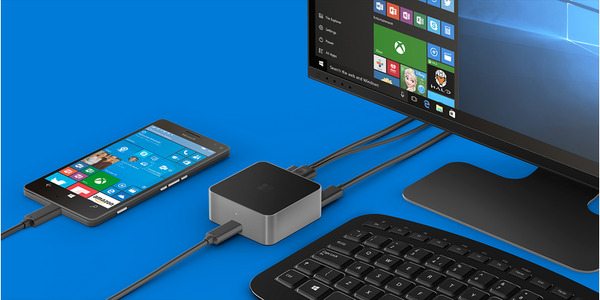 If you have purchased the Lumia 950 XL and don’t know how to claim the free display dock, follow these instructions : –  Open Lumia offers App (updated) >> Visit the Display Dock offer and claim it. Microsoft will send a promotional code which will be needed on checkout. Now just visit the Display Dock product page >> Add the product to your cart >> Checkout. Don’t forget to apply the above mentioned promotional code during checkout. On applying the said code, $99 will be waved off from your order, which will make the Display Dock completely free.

For those who don’t know about the Display Dock, the Dock will turn your Lumia 950 XL into a full-fledged PC via the Continuum feature supported by the device. You can connect an external display, mouse, keyboard and even an external hard disk the Dock.

Moreover, the Lumia 950 XL is still not available from any carrier in the US and can only be purchased off contract at $649 from Microsoft Store. However, its immediate sibling, Lumia 950 can be bought from AT&T on contract basis.