Microsoft had announced Xbox Wireless Controller support to the Samsung Gear VR headset. The new support starts with the Minecraft: Gear VR Edition game. The gaming experience on the Gear VR will benefit a lot from the Xbox Controller support.

Today, we’re excited to announce that the new Xbox Wireless Controller, will soon be compatible with controller-enabled games on Samsung Gear VR starting with Minecraft: Gear VR Edition. In addition, broader support across all Gear VR controller-enabled titles like Herobound, Spirit Champion, Omega Agent, and End Space will be available in the coming months. – Microsoft wrote in a blog post.

Microsoft claims that the Gear VR edition of Minecraft will allow you to get ‘right inside the world of Minecraft and build, explore and battle mobs – all with a fresh perspective.‘ The company also plans to issue a game update in October to supported Android devices. After that, the new Xbox Wireless Controller can be paired to work directly through your Gear VR device for the game. Microsoft also plans to issue a software update for the controller. You will need to download first, after which the game update will be rolled out. 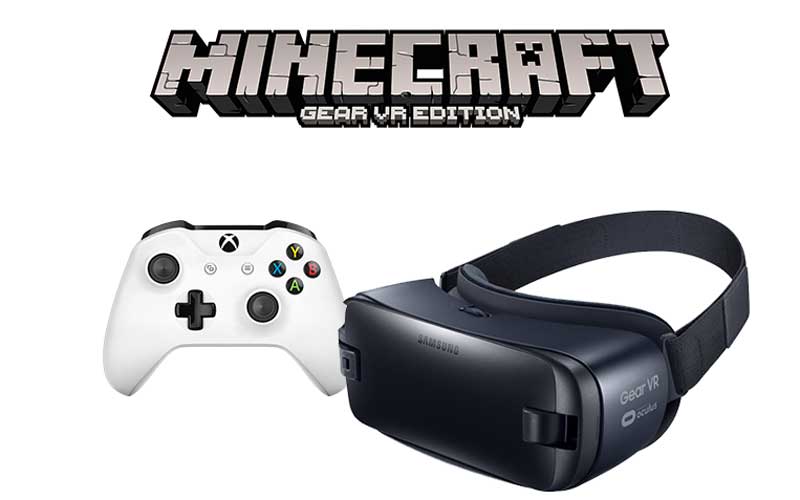 Microsoft is working on making Xbox Wireless Controller compatible with all controller-supported Gear VR games and future games too. The list of supported smartphones includes the Galaxy S7, Galaxy S7 edge, Galaxy Note 5, Galaxy s6 edge+, Galaxy S6, and Galaxy S6 edge. A new version of the Samsung Gear VR was released this year along with the Note 7. It came with support for Type-C USB along with the regular micro-USB ports.

As of now, the Gear VR can be used with its own D-Pad. However, the absence of a controller restricts the gaming experience. The Gear VR is powered by Facebook’s Oculus. The Gear VR and Xbox Wireless Controller can be connected via Bluetooth.