What is the reason your device starts getting hot? Obviously, it’s using a lot of data, and the chipset is taking up extra power from the battery so that it can quickly process all that data, which causes it to heat up. So you could imagine the heat evolved by the hefty amount of racks of servers that store and process the digital data of this world. This is a huge problem for tech companies like Facebook and Google to keep their data centers cool all the time, that’s why they move ’em to colder countries and spend millions of dollars on air conditioning bills. Microsoft on the other hand, has a solution for this, and that solution is under the sea. 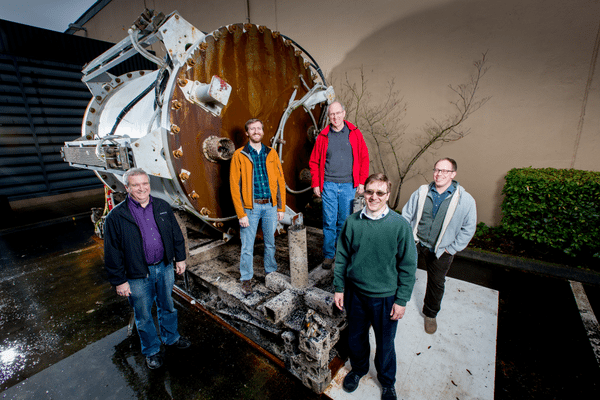 According to Microsoft, underwater data centers could be cost-effective and environment-friendly. This idea was persuaded by Microsoft in 2013 when the company’s data center employees wrote the white paper about the concept. Microsoft started developing the physical prototype in 2014 and in August 2015, the company rolled out its first underwater server off the coast of California which was basically a steel capsule, 8 foot in diameter and ran for 105 days.

So what happens when you place data centers underwater? For starters, it helps to keep the content cool, but there are a lot more advantages as well. Microsoft claims that half of the world’s population lives within 200 km of the ocean which makes subsea systems potentially easier to deploy when extra ones are needed. Microsoft also believes that if it can mass produce the capsule, it will take only 90 days to set them up which is way faster than building data centers on land which take up to two years.

Microsoft wants to create undersea systems that can go for years without up-keeping and daily checkups, since it’s hard for engineers to access them while data centers on land are open for engineers to fix the servers when needed.

According to Microsoft, the demand for cloud computing is becoming more popular and the servers are less likely to become outdated, so this is the right time to rethink about data centers.