However, we don’t know any details about the upcoming phone as yet. Rumors had cropped up with some concept designs but they seem to have died down since. As per old rumors, the 5.7-inch smartphone will come in two variants – 3GB RAM / 32GB internal storage and 6GB of RAM / 128GB storage. 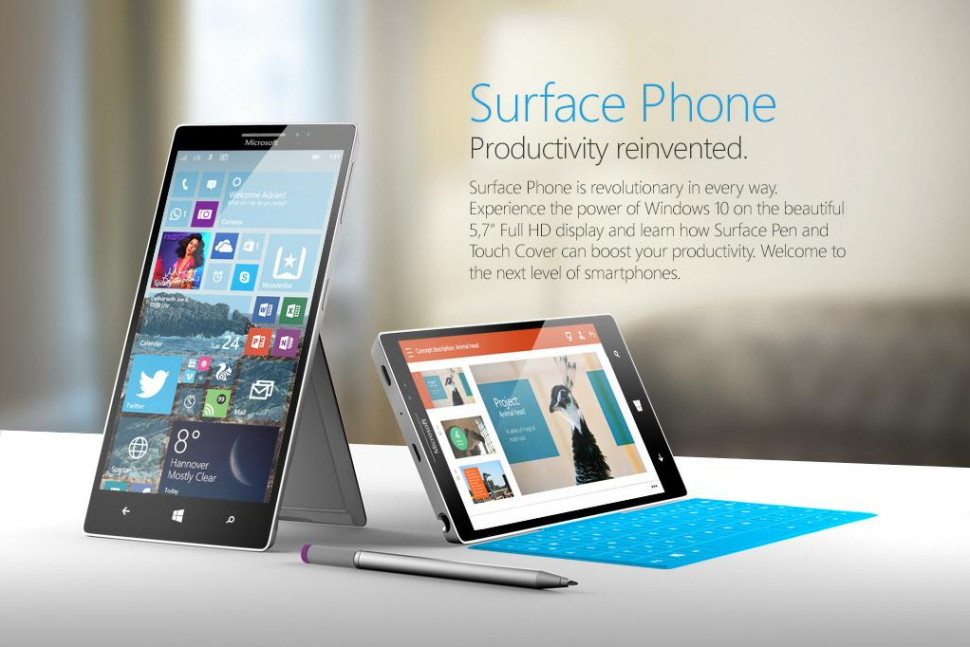 While Microsoft Lumia 950 and 950 XL are both powerful smartphones, they weren’t able to hold out among the more powerful devices in the price segment. Its seems the company needs a unique hook to gather public attention. Microsoft Surface Phone needs to hit a specific target and not just be another version of Lumia 950 XL.

The Microsoft Surface Phone is expected to be launched early next year. It is expected to run the latest iteration of company’s Windows 10 OS. However, the company needs to work on its app store. The limited number of available apps have deterred a large chunk of users from using Windows smartphones. So far, masses have not been able to totally embrace the Windows OS. The ability to download all the popular apps will go a long way.

Still, the Microsoft Surface Phone does come with an added advantage. It is being handled by the team behind the successful Surface Pro 4 and the Surface Book devices. There is a fair chance that the new smartphone might surprise users in terms of design and capabilities. The combination of a high-end operating system and popular apps in a well-designed device would lead towards a success story. However, we will have to wait and see what Microsoft comes up with the Surface Phone. The company might surprise everyone by adopting Android OS, which [unlikely though] would definitely be a game changer.