Because of its notoriously stringent state-sponsored censorship, China is undoubtedly one of the toughest markets for overseas software firms to launch their products there. More often than not, they have to go out of their way to meet the terms and conditions set by the Chinese established and that’s exactly what Microsoft has done with Windows 10. 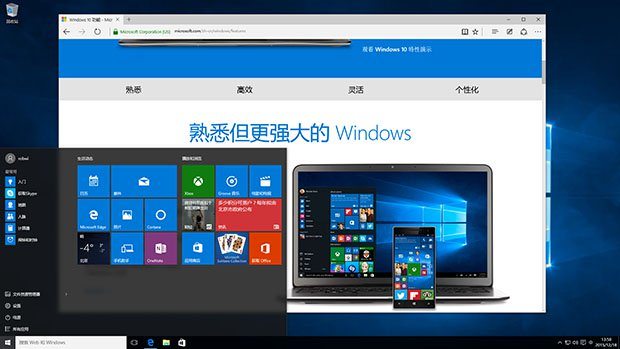 The Redmond-based software giant has rolled out a special Windows 10 edition specifically to meet the criteria of the Chinese government. Needless to say, the special edition, officially known as Zhuangongban, had to go through a series of strict screening processes for the approval.

Microsoft is yet to divulge much detail about Zhuangongban other than the fact that the China edition doesn’t bring the same set of consumer apps and services as the standard editions of Windows 10. In addition, it will also carry extra layers of device management and security controls, the Next Web reports.

Microsoft had already confirmed that it was collaborating and cooperating with China’s Electronics Technology Group Corporation (CETC) in order to comply with all rules and regulations dictated by the Chinese government. The new OS platform, according to reports, is now ready to be used by government officials and others.

While it’s undoubtedly a positive development from Microsoft’s point of view (who can overlook the fact that China is one of the largest markets for PC and other electronic products), the company’s stand is unlikely to add anything favorable to the longstanding fight for Internet freedom within China, or elsewhere in the world.