After announcing the removal of FM Radio App, Microsoft is now getting rid of WiFi Sense feature, citing low usage and demand. This feature allowed users to share their WiFi credentials with Outlook, Skype and Facebook friends as well as connecting to open WiFi networks. 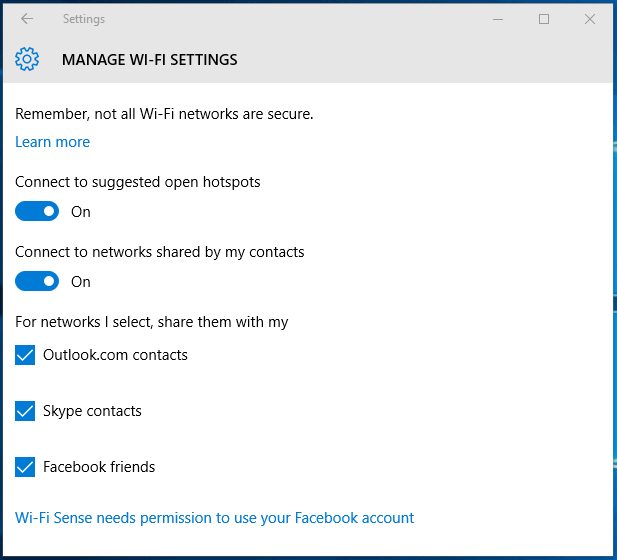 With the Windows 10 Mobile Build 14342, Microsoft has quietly removed the WiFi Sense feature which shall be a history soon. Following is what the company noted in the changelog for the new build.

We have removed the Wi-Fi Sense feature that allows you to share Wi-Fi networks with your contacts and to be automatically connected to networks shared by your contacts. The cost of updating the code to keep this feature working combined with low usage and low demand made this not worth further investment.

This removing of features from Microsoft might seem annoying at first, but it makes sense to remove the redundant offering from the core OS. Though WiFi Sense seemed a novel idea, it never picked up among regular users. In fact, most of the users didn’t know why it was there in the first place.

Anyways, refinements always comprise of addition as well as removal of certain features, and its good to see Microsoft is taking note of both.

Do let us know in the comments section below if you found the feature useful or redundant.