Microsoft has started rolling out the new Windows 10 Build 14361 to insiders on the fast ring. The new build comes with improvements and some new features. First up, there are some changes to the Setting app UI, and then there are improvements to Windows Ink along with few new icons. 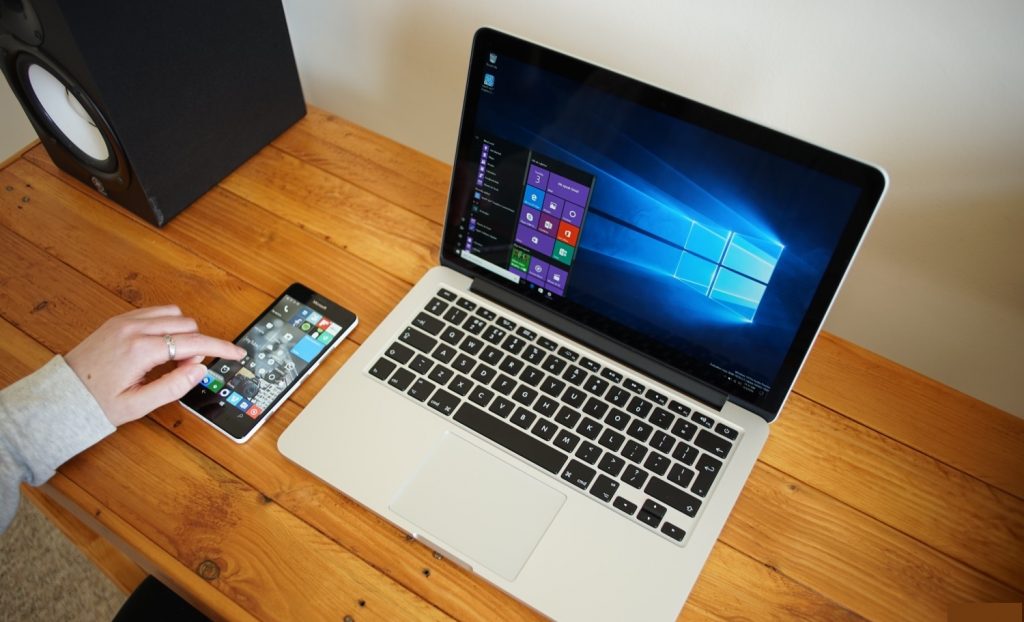 The build is available for both PC and mobile. There is no changelog for the mobile variant, though. Microsoft has also introduced Hyper-V Container with the new build.

Following is the complete changelog for the Windows 10 Build 14361(PC).

LastPass extension for Microsoft Edge: We are excited to announce that LastPass, a popular free password management extension, is now available for download. Visit ourextensions page at the Microsoft Edge Dev website to learn more and try it out for yourself!

Introducing Hyper-V Container: You can now use Docker natively on Windows 10 with Hyper-V Containers, to build, ship and run containers utilizing the Windows Server 2016 Technical Preview 5  Nano Server container OS image. A new version of the Docker engine for Windows has also been made available that extends the support of containers while also improving the DockerFile syntax and getting started experience for users. For more details on how to get started with this check out the Windows container documentation or the Windows 10 Getting Started Guide.

Settings improvements: We made some improvements to the Settings app based on Insider Feedback. The navigation pane is now white in light mode or black in dark mode and we have added a small block of color (which is same as the accent color of your profile) to highlight what Settings page you are on. Clicking anywhere on the Home button at the top left takes you to the Settings homepage. And we have made some other polish improvements, including slightly increasing the size of the page name text.

New icons: I’ve been told that Insiders love hearing about new icons. So I thought I would mention we have updated the Blu-ray icon so that it is more consistent with the other drive icons in Windows 10.

We also changed the icon for the network Quick Action to better represent it as an entry point to the network flyout (previously, it was a generic globe icon).

As mentioned above, there is no changelog for Windows 10 Build 14361(Mobile), but we do have the list of bug fixes and known issues.

We fixed the issue that was causing your phone to freeze after touching the screen immediately after enabling Narrator.

We fixed an issue resulting in a strange grey bar frequently being seen on the left side of the Microsoft Edge browser window (for example, after invoking a context menu).

Going forward from Build 14361, your preferred DPI setting will be backed up and reapplied when restoring your phone.

We fixed an issue where “Find on Page” in Microsoft Edge wouldn’t always scroll the word into view. We also fixed an issue resulting in videos played on Facebook flickering if you started playing them after rotating the phone with the video in full screen mode.

We fixed an issue where text was being truncated instead of wrapped in the Windows Insider Program page in the Settings app.

We fixed an issue resulting in the “now charging” sound frequently playing twice when the charging cable has been plugged in.

We fixed an issue where the “Everytime” setting for how often to prompt for pin would be blank on the Sign-in Settings page after opening Settings from the Lock screen.

We fixed an issue resulting in not being able to infinitely cycle left or right through the Phone app’s tabs.

We fixed an issue where the Lumia 535 and 540 were not displaying a flash toggle in the Camera app.

We have updated the text prediction engine for multilingual users, so now the candidates you see when selecting a word will be based on the active keyboard language, rather than the language that was active at the time the word was written.

We fixed an issue resulting in not being able to infinitely cycle left or right through the Phone app’s tabs.

You won’t be able to deploy an app via Visual Studio 2015 Update 2 to a phone running this build. As a workaround – you can deploy the app by using the Windows 10 Application Deployment (WinAppDeployCmd.exe) command-line tool.

In some cases, the new cross-device Cortana features first highlighted in Build 14356 may not work. Restarting your phone should fix the issue and get the features working.

After installing this build, you may notice your Quick Actions icons are not in the same order. This is a side effect of the fixes/changes we made to Action Center. To re-arrange your icons to your preferred order, just go to Settings > System > Notifications & actions > (Quick actions) and touch, hold, and then drag to re-arrange icons to whatever position you want. Remember: the four items in the top row are what will show as your immediately viewable Quick Actions.

In case you rock an insider build on your Windows 10 hardware, dive into update section of settings to download the latest Windows 10 Build 14361 for PC and Mobile.