MobiPicker
News Mobiles Microsoft Photos App Gets An Update With New Features
Share on Facebook
Tweet on Twitter
Deal Alert: 49% Off on ExpressVPN
Touted as #1 VPN in the world, ExpressVPN is now offering 49% off & an additional 3-months of service on its annual plans.

Microsoft has just updated its Photos app for Windows 10 devices. This update bumps the version number to 16.412.13342.0 and is now available for download in the Windows Store. It’s a pretty significant update and should not be avoided. 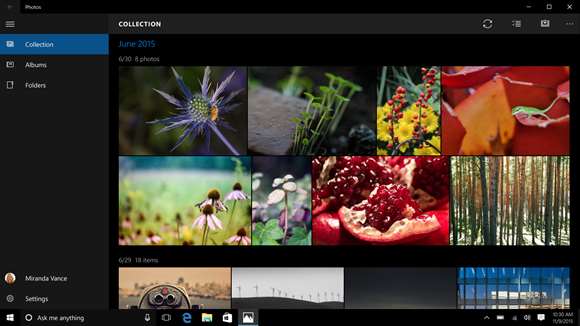 Following is what the changelog on the app page reads:

*Save still photos from videos and living images
*Slow-motion videos taken with a Windows phone can now be edited on your PC
*When importing photos to a PC, quickly clear and select all
*View your OneDrive storage usage in Settings
*Adjust the lighting in photos taken with a Windows phone using rich HDR
*New OneDrive pictures appear more quickly in Collection
*Items now stay selected until you cancel or take action on them
*Bug fixes

Microsoft Photos is a pretty neat app for organizing, editing and sharing your photos collection. It brings together photos and videos from all your devices, enhances them to make great photos even better.

Follow the link given below to download Microsoft Photos app from Windows store which is available for both PCs and Mobiles. Also, share your experience of the updated app with other users on Mobipicker.