It was hardly a day ago when @evleaks leaked a full body render of the Microsoft Lumia 850, and some new images are already circulating on the internet.

The new renders come from China’s Baidu site and show the Lumia 850 in four different colors. The mid-range Windows phone looks great in the white and gold combination as seen in the previously leaked render, but the new images show a cool rose gold scheme too that comes with a white back and front panel. 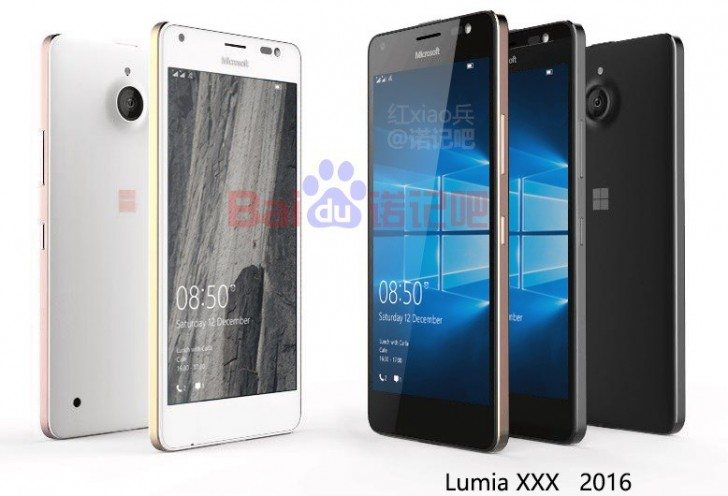 Then there’s another variant that gets a yellow trim and the same white back and front panel. A simple black variant gets metallic grey trims, while there’s also a copper color frame with a black facade and rear panel. The Lumia 830 gets a metal body, and it would be exciting to see the Lumia 850 in a metal avatar too.

The Microsoft Lumia 850 is codenamed Honjo and is rumored to get a 5.7-inch Full HD display with Snapdragon 617 under its hood. Now that the rumors and leaks are picking up fast, we expect an official announcement soon.