Microsoft Lumia 640, which was released back in April, is now available for purchase through T-Mobile in USA. The window phone is priced at $5.41 per month on a 2-year contract and $129.84 without any agreement. 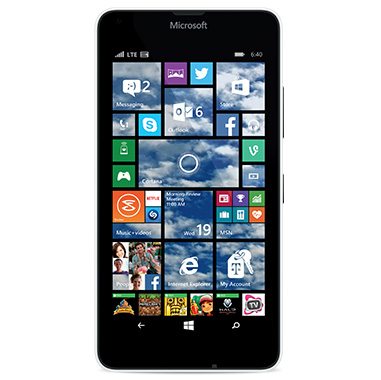 Specs-wise, the Microsoft Lumia 640 is equipped with a 5.0 inch IPS LCD Capacitive touchscreen display with a resolution of 720 x 1280 pixels. It packs 1GB of RAM, 8GB of internal storage (expandable up to 128GB via microSD card), and a 2,500mAh battery. Running Microsoft Windows Phone 8.1 with Lumia Denim, the smartphone is powered by a Qualcomm MSM8926 Snapdragon 400 chipset with 1.2GHz quad-core Cortex-A7 processor and Adreno 305 GPU.