The Microsoft Lumia 640 was announced last month at Mobile World Congress 2015, and it made a short appearance yesterday on the company’s official online store in the U.S., which confirmed the T-Mobile pricing of the handset. 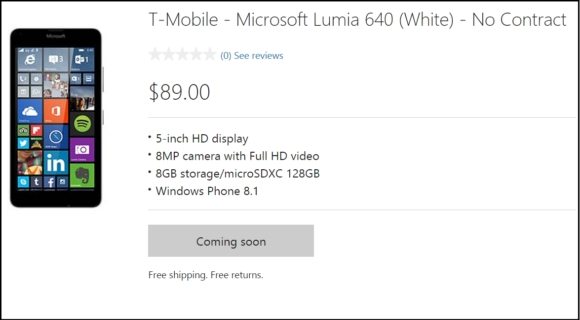 The device was appeared as “Coming Soon” with a price tag of $89 and the good thing is that the price mentioned is without contact. The above image which gives the idea has now been pulled by the Microsoft.

It is alreayd available in the U.K. and the LTE model is priced at £144 sans-contract.