Already rounded up with its flagship duo Lumia 950 and the 950 XL, Microsoft has now launched its first budget smartphone with Windows 10, the Lumia 550, in the US and Europe marketplace. The smartphone was recently listed for pre-orders before the software giant announced the sales. 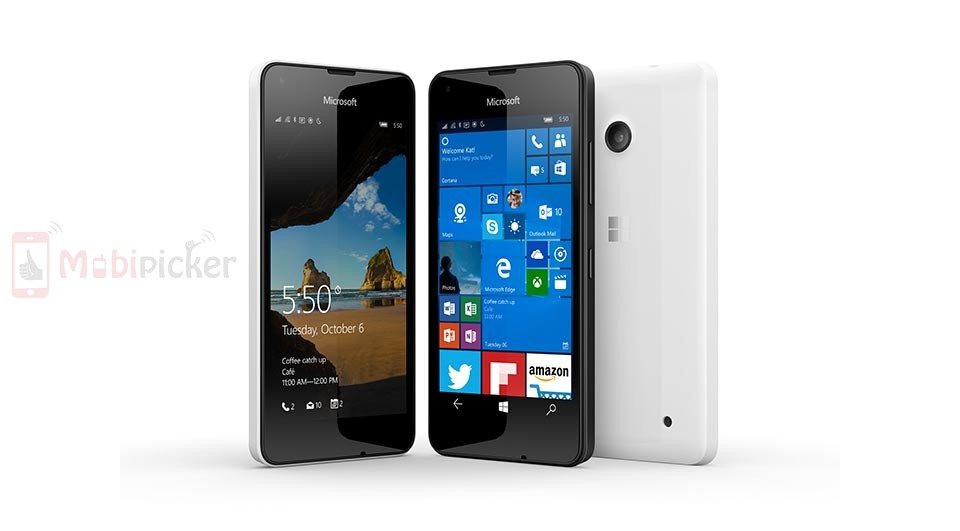 Featuring a 4.7-inch 720p IPS LCD display with a pixel density of 315ppi, the Lumia 550 has under its hood the Qualcomm MSM8909 Snapdragon 210 chipset with quad-core 1.1GHz Cortex-A7 along with Adreno 304 GPU. It comes with 1GB of RAM and 8GB of internal storage, expandable upto 200GB using microSD card slot.

The Microsoft Lumia 550 features a 5MP rear shooter along with a 2MP selfie camera on the front side. Connectivity options include LTE, 3G, WiFi, GPS and other standard features. A 2,100mAh battery powers the handset.

On the build side, it offers the same Lumia feel except the camera module which has a thick bezel. With dimensions of 136.1 x 67.8 x 9.9mm, it is a pretty compact unit.