Microsoft has announced a super affordable and economical device called the Microsoft Lumia 550. This phone continues to carry the legacy of the Lumia 500-series. It is a mid-range device and is priced very low at $139. The coolest thing about this phone is that it comes inbuilt with Windows 10.

This is a device that is for entry-level users or people with a tight budget. Microsoft has spent pretty less time on this gadget. There are no official pages to confirm the specs, but there was a leaked slide that has showcased of its features. 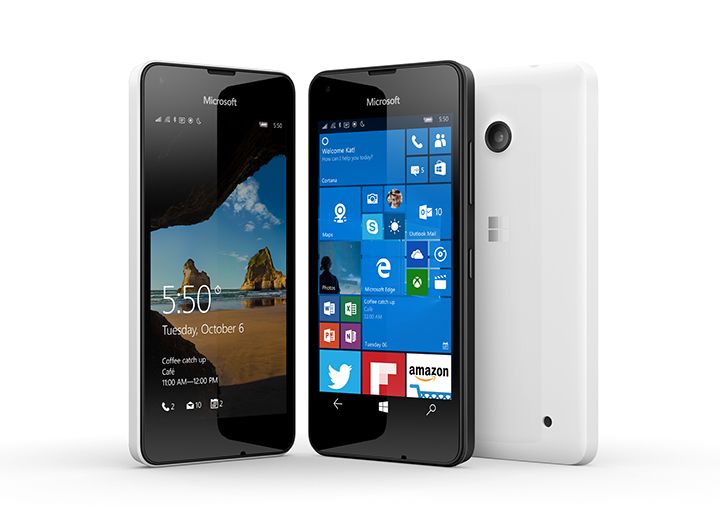 The Lumia 550 comes with a 4.7-inch screen and sports a 720×1280 pixels resolution (315ppi). There is a 1.1GHz quad-core Qualcomm Snapdragon 210 processor with LTE. A standard 1GB of RAM and 8 GB of inbuilt storage with an optional storage expansion through a microSD card. The front camera is of 5-megapixel with a 2-megapixel one to capture selfies. The battery would last one day and is 2,100 mAh in capacity. The phone comes with quick charge support to fill the juice in no time.

The Microsoft Lumia 550 measures 136.1×67.8×9.9mm and weighs 141.9 gms. It is most likely to hit the European markets first in the month of December. Though there is nothing out-of–the-box in this phone, but what comes as a quality to cherish is the presence of the Windows 10 OS.