Microsoft has launched Lumia 540 Dual SIM smartphone in India, which was officially announced last month. The Lumia 540 is priced at INR 10,199 ($160) and will be available for purchase starting May 18. However, it is possible to pre-book the handset at company’s retail partners throughout the country. 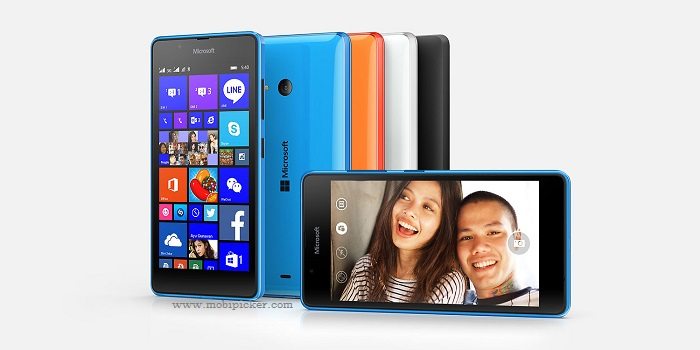 Specs-wise, the Microsoft Lumia 540 Dual SIM is powered by a Snapdragon 200 chip with quad-core 1.2GHz Cortex-A7 processor, supported by one gig of RAM. It is built with 5-inch display with 720p resolution and runs Windows Phone 8.1 with Lumia Denim update. The most lucrative feature in the phone is that it is upgradable to Windows 10 Mobile in later days.

Other Specs include, an 8 megapixel rear snapper, a 5 megapixel front selfie shooter, 8GB expandable built-in storage, and a 2,200mAh battery.