MobiPicker
News Microsoft Lumia 535 officially launched in India at Rs. 9199
Share on Facebook
Tweet on Twitter
Deal Alert: 49% Off on ExpressVPN
Touted as #1 VPN in the world, ExpressVPN is now offering 49% off & an additional 3-months of service on its annual plans.

Microsoft India has officially launched the Lumia 535, the initial smartphone using the Microsoft branding, running the most recent Windows Phone 8.1 OS, and the apparatus is priced at Rs. 9199. The smartphone was established in Europe on 11th Nov, and India is among the early marketplaces targeted, particularly following a stream of budget-oriented apparatus in the Android marketplace.

The Denim upgrade is placed on the Windows Phone 8.1 OS. The Cortana voice helper is there as well, and it also contains OneDrive and free MS Office programs. 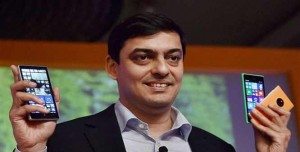 >  Get Rs 6000 off on the purchase via Jabong Windows Phone App for 3 months.

The Microsoft Lumia 535 will be available from November 28th, providing a choice of four colors >> Orange, Green, White and Black.