MobiPicker
News Microsoft Health App Now Available For Surface And Windows 10 PCs
Share on Facebook
Tweet on Twitter
Deal Alert: 49% Off on ExpressVPN
Touted as #1 VPN in the world, ExpressVPN is now offering 49% off & an additional 3-months of service on its annual plans.

Microsoft has just released its all new Microsoft Health App for Windows 10 PCs and tablets. It’s available in the store to download and replaces the MSN Health and Fitness apps. 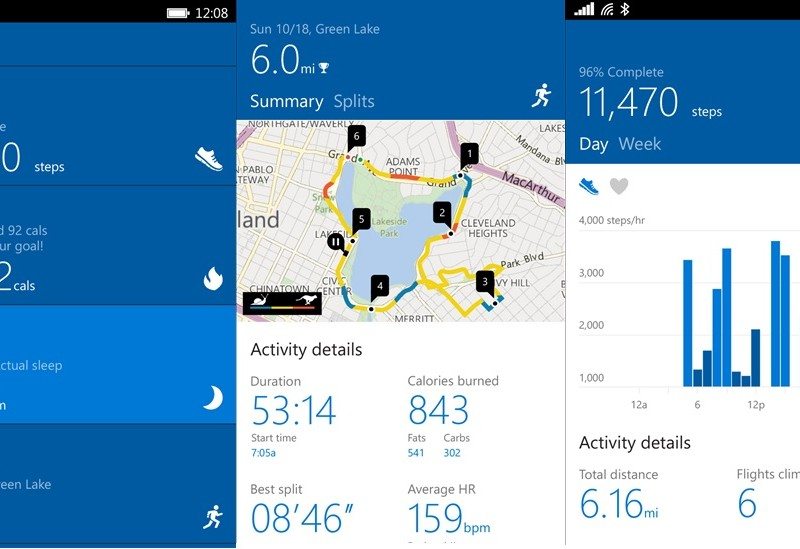 It’s essentially the same Windows 10 app currently present on phones with some fine-tuning for desktop and tablets devices. It is made useful only with the presence of a band or failing that a Windows phone which can work as a rudimentary step tracker. Though it isn’t as good as the MSN Health and Fitness apps, it has features which are quite useful.

Following is a list of features that Microsoft Health App has to offer:

Set wellness goals and get actionable insights to help you live healthier with full-color, easily-understandable charts and graphs in the convenient phone app or the robust web dashboard.

Reach your fitness goals with custom tracking whether running, biking, golfing or working out.

Map your run or ride with GPS, or follow exercise prompts with Guided Workouts right on your band.

You can download the app following the link below. Do let us know in the comments section what you make of the new app.