Microsoft Edge Browser is improving with every build, and the software giant is leaving no chance in promoting it over Google Chrome or Mozilla Firefox. In the latest series of benchmarks test performed by Microsoft for power efficiency, the results dipped in favor of Edge browser toppling competing Chrome and Firefox. 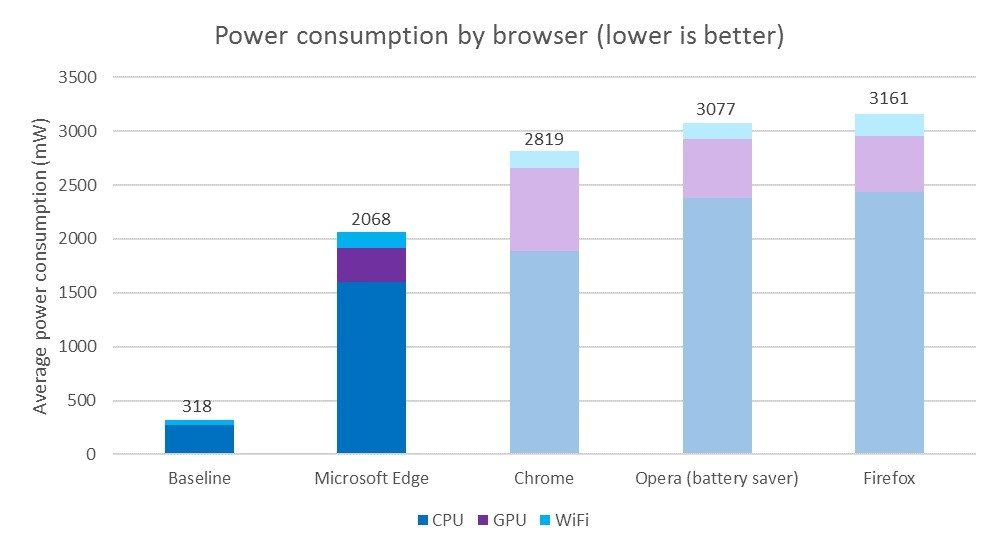 Microsoft says that the browser has been designed to “prioritize power efficiency and deliver more battery life without any special battery saving mode or changes to the default settings,” hence, the all new browser went well ahead of Chrome, Opera and Firefox in a series of test on a surface book.

First of those test was performed in a controlled lab environment and used specialized power monitoring equipment. The test analyzed which browser used most power while performing basic tasks like opening websites, playing videos and stuff. Facebook, Google, YouTube, Amazon, and Wikipedia websites were part of this test.

Microsoft Edge was the winner in this with 2068 points, while Chrome came second gaining 2819 points (lower is better). Firefox was the worst performer in these tests and obtained 3161 points.

In the video streaming test, the Redmond browser managed to deliver between 17 to 70 percent more battery life than the competition, which is the definitely great figure to boost of.

“Microsoft Edge lasted three hours longer than Google Chrome—long enough to finish the final movie in your favorite trilogy, while the competition stalls out halfway through,” Microsoft explains.

While these figures are quite appealing, the reluctance to use Microsoft Edge basically comes from the lack of features it has at disposal right now. But, come Anniversary update, some new requested features like extensions will be rolled out publicly, giving tough competition to the likes of Chrome and Firefox. 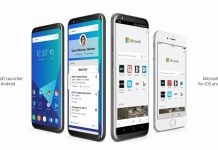 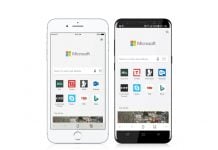