MobiPicker
News Mobiles Microsoft Dropping PDF Reader For Windows 10 Mobile In Favor Of Edge...
Share on Facebook
Tweet on Twitter
Deal Alert: 49% Off on ExpressVPN
Touted as #1 VPN in the world, ExpressVPN is now offering 49% off & an additional 3-months of service on its annual plans.

PDF Reader is the default .pdf reading app on Windows Mobile from the very start, but it seems that Microsoft is finally giving up on it in favor of Edge browser which is completely capable of opening docs and handling them like a traditional PDF reader. 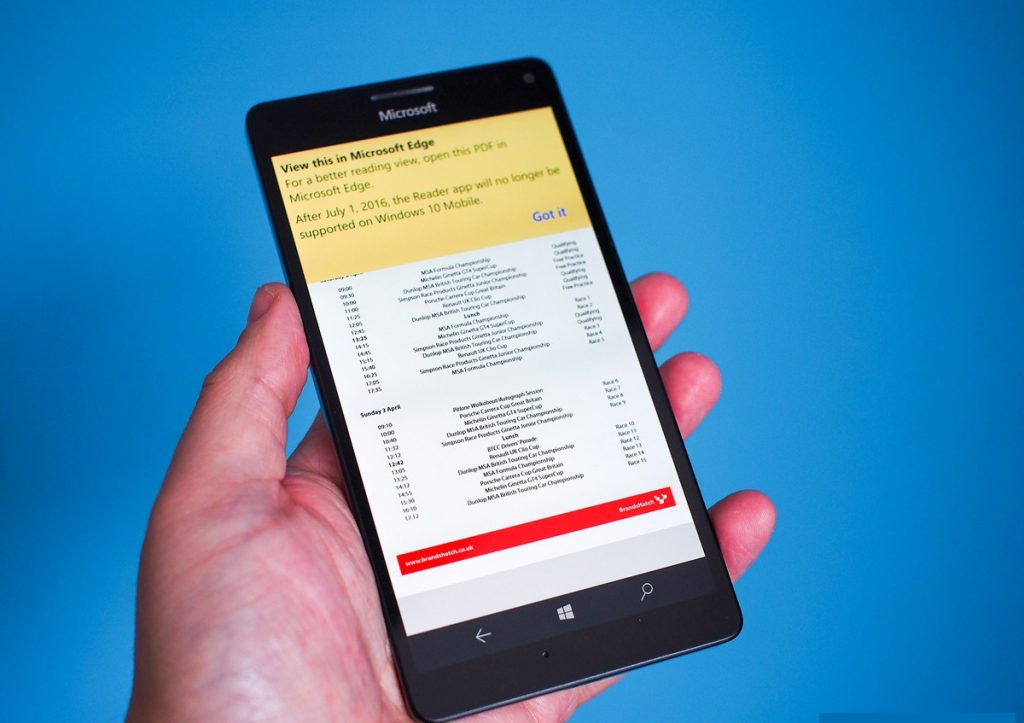 Microsoft is betting big on its new Edge browser which is quite evident lately with the support of extensions and improvements brought within the app. The move seems quite justified as PDF reader was quite redundant once the company added the docs reading functionality within the browser itself.

Going by Windows Central report, the app won’t be functional after July 1st, giving around 2 months timeframe to the users for migrating to Microsoft Edge. While the move makes sense, it does so at the sake of some features like printing and password-protected files which haven’t made way to the browser yet.

In case you still want a full featured PDF reader on your Windows 10 Mobile, you can go for third-party apps like Adobe’s own Reader and Foxit reader.

Both the readers are free and offer a wide range of features on mobile devices. So, we guess the Microsoft PDF reader won’t be missed that much actually.