Microsoft had released its bi-annual Security Intelligence Report (Volume 20) during the beginning of May this year. At a staggering 160 pages, the report was quite voluminous and thus, Microsoft has come up with a smaller report to summarise the previous report. Microsoft has focused on the top cyber-security trends in this report.

According to this report, the security threats are not only growing in frequency and amount but in their severeness too. Out of all attacks in 2015, 41.8 percent were marked severe and the experts think that this figure will rise in the coming years. Also, the report revealed that the exploit kits have stopped exploiting Java and are focusing more on Flash. 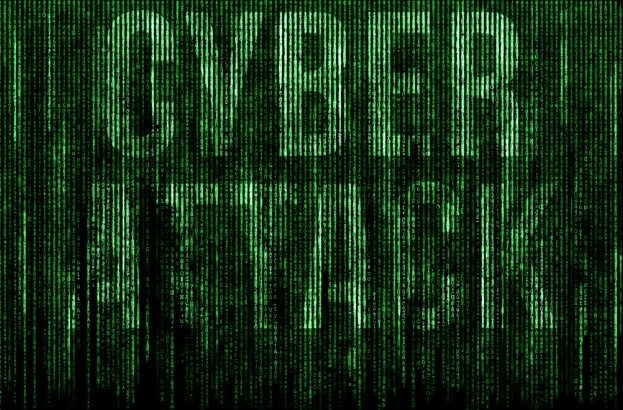 According to this report, the home users are more prone to these malware and other cyber security threats as most of the big firms have beefed up their cyber security level to prevent these attacks. The home users, however, don’t have powerful anti-virus software or strong firewall to protect them from these attacks. Also, about 40 percent of all malicious user exploitation attempts came from exploit kits in the year 2015. This was further facilitated and boosted up by the Dark Web.

The security trends show that these cyber threats are no longer limited to the US, Europe, and Australia. Countries like Mongolia, Libya, Pakistan, the Palestinian territories, and Iraq saw a huge surge in these cyber attacks. Thus, we can say that these attacks have become international.

Microsoft in this report also highlighted the “the importance of keeping Adobe Flash Player updated” as about 90 percent of all the malicious Web pages contained Flash content. Flash-based content is currently the favourite of hackers and cyber criminals. So beware and always keep your Flash Player updated to prevent yourself from dangerous ransomware and other exploiting malware. 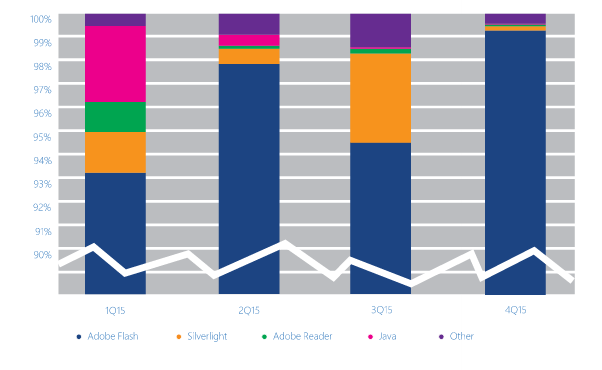 In 2015, 44.2 percent of the total security threats were made outside browsers and operating systems, in the products like routers, cloud services, IoT equipment, and other network equipment. The number of Trojans are also expected to rise as an increase  of 57 percent in terms of new trojans was observed in 2015 and it is expected to grow this year too.

Malware coders also seem to be very hard at work as the malware are expected to get more dangerous and complex this year. The army of cyber attackers is growing and evolving throughout the world. These cyber attacks are expected to get more severe and complex. So, brace yourselves for these attacks. Don’t think that you are safe and nothing will happen to your system. Get a powerful antivirus software and firewall. Keep your apps, especially Flash Player updated and stay away from sites with a bad reputation.