Microsoft is paying due attention to its apps and services on all platforms including Windows. Today, the software giant has rolled out an update for the Bing app on iOS platforms. The update brings a host of new features along with stability improvements making it work much better on iPhones. 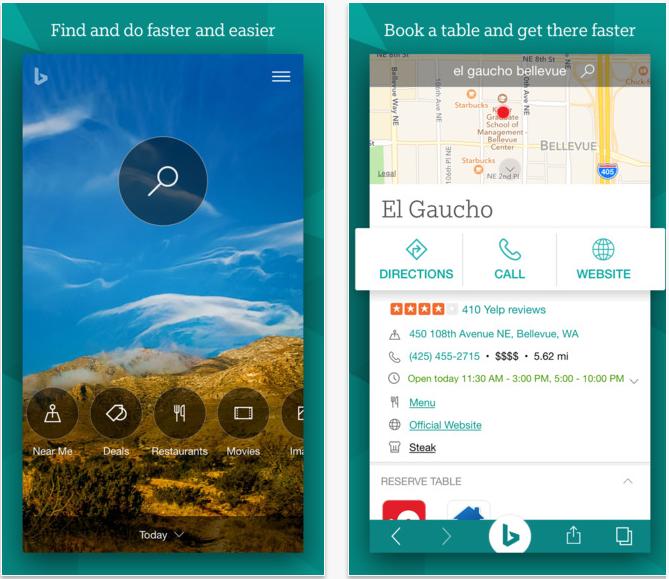 Bing app now stands at version 6.6 and brings swipe left or right feature on the homepage to enter camera and voice mode quickly. Along with that, when searching for videos, previews now start playing automatically, but in case you might find this annoying, it all happens without the sound. So yes, a video preview is shown, but the sound is off all the time.

Microsoft has also rolled out a new price comparison feature that works with the barcode scanner rolled out in the previous versions. Following is what Microsoft had to say about the same.

The app update also brings improved feature to search for a song and play the video while reading lyrics. You also get a new music shortcut on the homepage where you will find trending videos.

Lastly, there are some UI tweaks which include an intuitive interface for multiple tabs, plus a new tool to write or doodle directly on a page before you share it to a contact.

Overall, it’s a pretty hefty update and in case you got it installed on your device, there is no reason to avoid it. It’s available for free on iOS 9 and later devices including iPhone, iPad, and iPod Touch.