MobiPicker
Tech Internet Microsoft Acquires LinkedIn For A Whopping $26.2 Billion
Share on Facebook
Tweet on Twitter
Deal Alert: 49% Off on ExpressVPN
Touted as #1 VPN in the world, ExpressVPN is now offering 49% off & an additional 3-months of service on its annual plans.

Microsoft has just announced the acquisition of world’s leading professional network, LinkedIn for about 26 Billion USD which accounts to $196/Share. LinkedIn has seen great growth for last few years with an average 19% year over year. 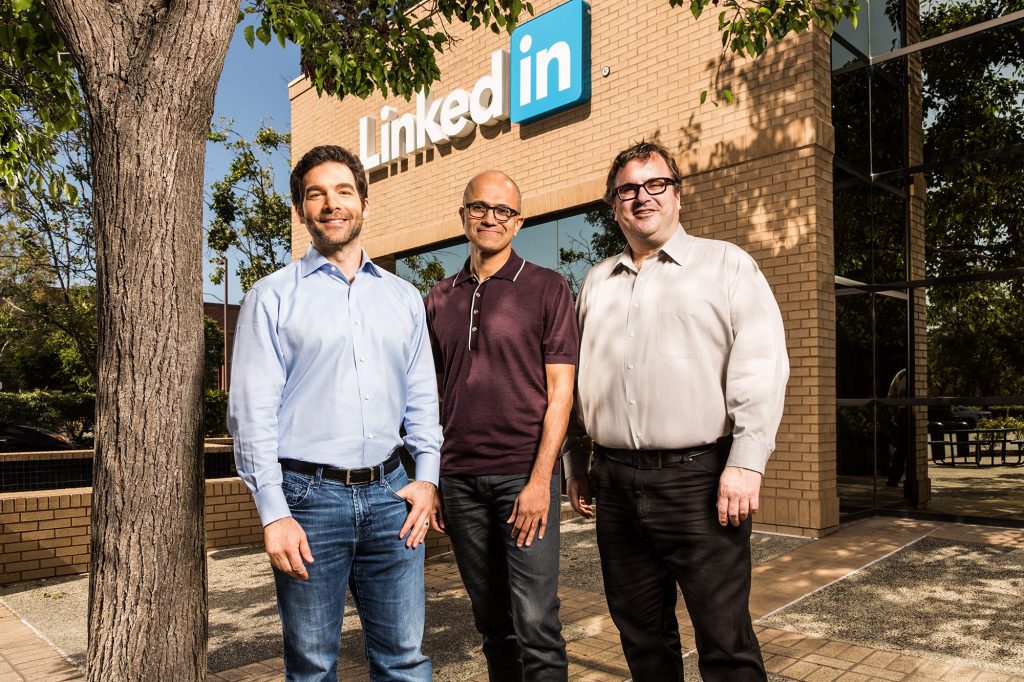 Jeff Weiner, the current CEO will retain his position and take the company forward with Microsoft at the helm. This is definitely one of the exciting purchase for Microsoft in recent times which shall see the integration of core LinkedIn services into Microsoft software and services.

The deal is expected to be closed by the end of the year. Following is what the CEO had to say for this merger:

“The LinkedIn team has grown a fantastic business centered on connecting the world’s professionals. Together we can accelerate the growth of LinkedIn, as well as Microsoft Office 365 and Dynamics as we seek to empower every person and organization on the planet.”

Satya Nadella has also emailed the news of acquisition to Microsoft employees which is enclosed below:

I’m excited to share that today Microsoft announced a deal to acquire LinkedIn. You can see how Jeff Weiner, the CEO of LinkedIn, and I envision the opportunity ahead in thispublic presentation.

Given this is the biggest acquisition for Microsoft since I became CEO, I wanted to share with you how I think about acquisitions overall. To start, I consider if an asset will expand our opportunity — specifically, does it expand our total addressable market? Is this asset riding secular usage and technology trends? And does this asset align with our core business and overall sense of purpose?

The answer to all of those questions with LinkedIn is squarely yes. We are in pursuit of a common mission centered on empowering people and organizations. Along with the new growth in our Office 365 commercial and Dynamics businesses this deal is key to our bold ambition to reinvent productivity and business processes. Think about it: How people find jobs, build skills, sell, market and get work done and ultimately find success requires a connected professional world. It requires a vibrant network that brings together a professional’s information in LinkedIn’s public network with the information in Office 365 and Dynamics. This combination will make it possible for new experiences such as a LinkedIn newsfeed that serves up articles based on the project you are working on and Office suggesting an expert to connect with via LinkedIn to help with a task you’re trying to complete. As these experiences get more intelligent and delightful, the LinkedIn and Office 365 engagement will grow. And in turn, new opportunities will be created for monetization through individual and organization subscriptions and targeted advertising.

Jeff and I both believe we have a significant opportunity to accelerate LinkedIn’s growth and the value it brings to its members with Microsoft’s assets and scale. In fact, whenReid Hoffman, the founder of LinkedIn, and I spoke about the opportunity for us to come together, he called it a “re-founding” moment for LinkedIn and an opportunity to reach the mission the company set out on 13 years ago.

The opportunity for Office 365 and Dynamics is just as profound. Over the past decade we have moved Office from a set of productivity tools to a cloud service across any platform and device. This deal is the next step forward for Office 365 and Dynamics as they connect to the world’s largest and most valuable professional network. In essence, we can reinvent ways to make professionals more productive while at the same time reinventing selling, marketing and talent management business processes. I can’t wait to see what our teams dream up when we can begin working together once the deal closes, which we expect will happen this calendar year.

A big part of this deal is accelerating LinkedIn’s growth. To that end, LinkedIn will retain its distinct brand and independence, as well as their culture which is very much aligned with ours. Jeff will continue to be CEO of LinkedIn, he’ll report to me and join our senior leadership team. In essence, what I’ve asked Jeff to do is manage LinkedIn with key performance metrics that accrue to our overall success. He’ll decide from there what makes sense to integrate and what does not. We know that near term there will be no changes in who reports to whom so no reporting relationships at Microsoft will change in that regard. This approach is designed to keep the LinkedIn team focused on driving results while simultaneously partnering on product integration plans with the Office 365 and Dynamics teams. During the integration, we’ll pick key projects where we can go deep together that will ultimately result in new experiences for customers. Kurt DelBene will lead the overall integration efforts at Microsoft in close partnership with Qi Lu and Scott Guthrie.

I’m on the LinkedIn campus today in California and will host a call for investors at 8:45 a.m. PT with Jeff, Brad and Amy – please join if you can. Following that, I’ll then spend the day meeting with the LinkedIn team. Tomorrow, I’ll host a special Microsoft employee Q&A – I hope you can make it.

So far, what I’ve learned about the LinkedIn team is how much our cultures share many of the same attributes. We both care deeply about individual and collective growth, and find deep meaning in the work we do to make a difference in our world. Together we’ll do just that.

Finally, if you’re not on LinkedIn, join up now and start using and learning more.

Microsoft has been pretty focused for the last couple of years and the software giant is leaving no chance in expanding its wings time and again. Let’s see how the merger works out for both the parties involved.

Do let us know your take on this acquisition of LinkedIn by Microsoft in the comments section below.