MobiPicker
News 10,000 units of Micromax Yureka Yu to go on Flash sale tomorrow
Share on Facebook
Tweet on Twitter
Deal Alert: 49% Off on ExpressVPN
Touted as #1 VPN in the world, ExpressVPN is now offering 49% off & an additional 3-months of service on its annual plans.

Micromax announced its Yureka Yu last month. Now the company establishing a flash sale on Amazon India on January 13. A total of 10,000 units will be available with a price tag of INR 8,999 ($145). 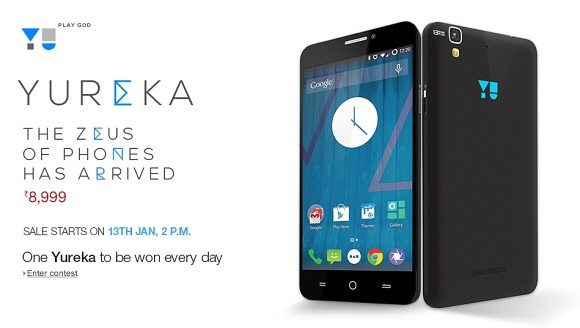 The 4G-empowered dual-SIM smartphone carries a 5.5inch display with 720p resolution, 64-bit Snapdragon 615 chipset with an octa-core CPU running at 1.5GHz and Adreno 405 GPU. Other notable specs include a 2 GB of RAM, a 13 Megapixels snapper at back, 5 Megapixels front facing camera, 12.5 GB internal storage, expandable upto 32 GB and a 2,500 mAh capacity battery to power on the device.

Micromax Yu Yureka is in a unique cooperation with Cyanogen, delivering the stock Android appearance with an extensive selection of tweaks. In a different effort to entice technology-informed users, the Indian brand allows the device to be root without invalidating the warranty, so opening up chances for even additional customization.

If you were waiting for Yureka Yu, tomorrow is the day to grab the handset at Amazon India. But don’t forget that only 10,000 units are available, so you must be quick to get one for you.