Yu Yutopia was launched in India about three months ago, and it looks like the company is readying a new smartphone. Just for the record, no phones from Yu Televentures have been launched in 2016, but there might be a new YU smartphone in the pipeline according to a new benchmark test result. 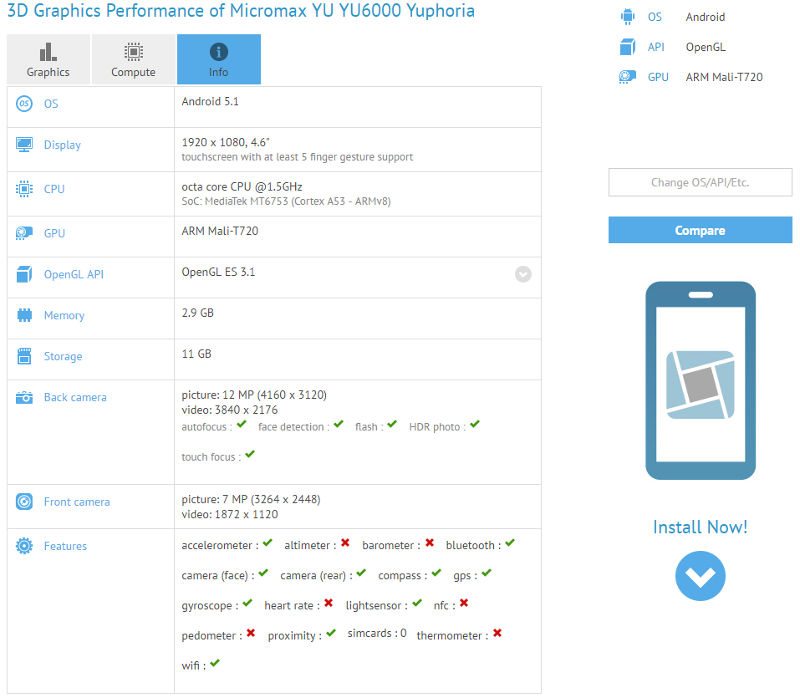 A new phone called Micromax YU YU6000 has been spotted on GFXBench website. The listing has revealed all the specs of the phone. The device features a 6-inch display and is said to be a successor of the Yu Yureka Plus. The display is a FullHD (1920 x 1080 pixels) panel, and the phone gets a 1.5GHz octa-core MediaTek MT6753 processor coupled with Mali-T720 GPU.

The Micromax YU YU6000 comes with 3GB of RAM and 16GB of onboard storage. It gets a 12MP rear camera and 7MP front camera. The phone runs on Android 5.1 Lollipop. The phone will launch soon, as it was recently imported in India. It is being said that the device might be priced at INR 11,000. We’ll keep you updated, so stay tuned.