MobiPicker
Mobiles Android Micromax Canvas Spark 2 Plus With Android Marshmallow Priced at Just Rs....
Share on Facebook
Tweet on Twitter
Deal Alert: 49% Off on ExpressVPN
Touted as #1 VPN in the world, ExpressVPN is now offering 49% off & an additional 3-months of service on its annual plans.

Micromax had promised to launch the Canvas Spark 2 Plus at the launch event of the Canvas 6 and Canvas 6 Pro last week and it has stood true to its word as the Indian smartphone maker has finally unveiled the latest Micromax Canvas Spark 2 Plus in India. The device has been priced at Rs. 3,999 and will be sold exclusively through e-commerce website Snapdeal starting Friday. 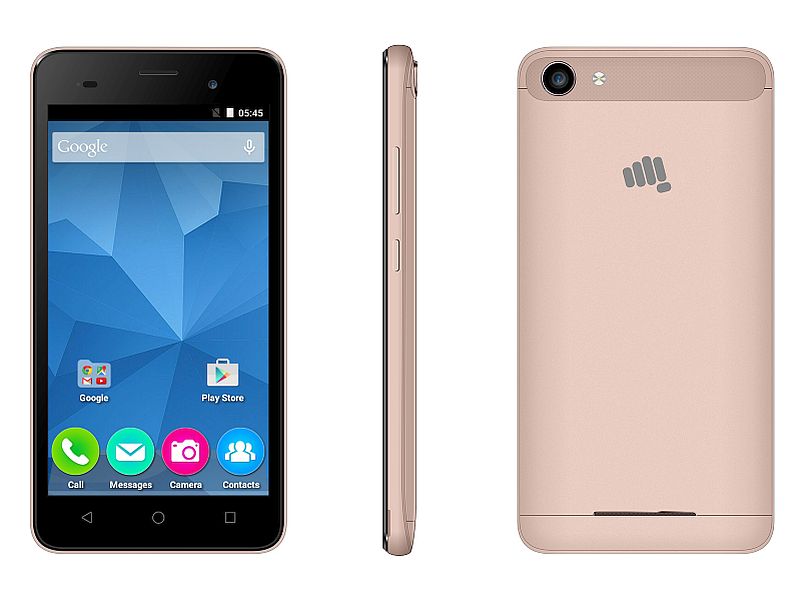 The Canvas Spark 2 Plus sports a 5-inch FWVGA (480×854 pixels) display and is powered by a 1.3GHz quad-core processor coupled with 1GB of RAM and 8GB of inbuilt storage which can be expanded up to 32GB via microSD card. The device features a 5 MP primary camera with flash and a 2 MP front-facing camera for selfies and video chat. The device packs a modest 2,000mAh battery and includes connectivity options like 3G, GPRS/ EDGE, Bluetooth, Wi-Fi among other options.

Shubhajit Sen, Chief Marketing Officer of Micromax said on the launch event, “With the launch of the Canvas Spark 2 Plus, we are offering first-time users, with a smooth transition at a wallet-friendly price. Our objective is to convert feature phone users into smartphone users and synthesize technology and affordability in for this device. Through our partnership with Snapdeal for exclusive Spark series, we have very successfully expanded the overall entry smartphone market and created a favourable impact in the e-commerce channel capturing over 11% of the exclusive online market last year.”