Micromax is adding another budget phone in its Canvas series, dubbed Canvas Spark. The company has sent out the invites to Indian media for its official launch event on April 21st. 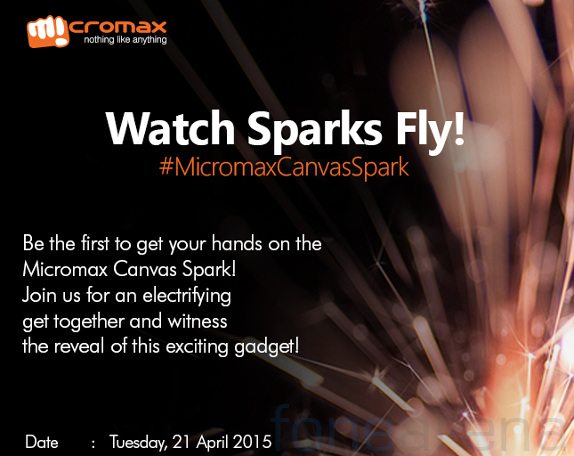 Based on the recent teasers on company’s official social channels, it is confirmed that the new phone will have display with Corning Gorilla Glass protection and will run Android 5.0 Lollipop out of the box. Other specs are not confirmed yet.

The company has revealed that the upcoming phone will exclusively be available through flash sales on Snapdeal. The Canvas Spark is expected to carry a price tag below INR 6,000 ($96). But we will need to wait for another 4 days for its official unveiling event to get the actual price and specification details.