MobiPicker
News Micromax Quiety Launches Canvas Juice 3 Q392 at Rs. 8,769
Share on Facebook
Tweet on Twitter
Deal Alert: 49% Off on ExpressVPN
Touted as #1 VPN in the world, ExpressVPN is now offering 49% off & an additional 3-months of service on its annual plans.

Micromax has quietly launched a new smartphone, Canvas Juice 3 Q392, which is now listed on a website called Indiatimes Shopping at the price of Rs. 8,769. The famous Mumbai-based retailer, Mahesh Telecom, has also confirmed the existence of the smartphone, but is selling it at a slightly higher price of Rs. 8,999. 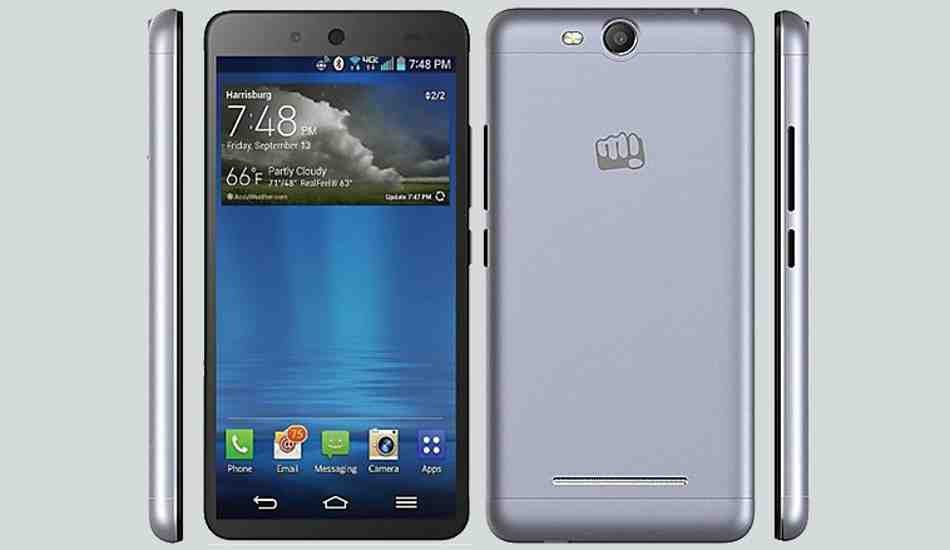 Based on the Indiatimes listing, the new smartphone boasts a 5.5 inch High Definition (1280*720 pixels) screen that comes with Corning Gorilla Glass 3 protection. However, Mahesh Telecom claims that the smartphone has a 5-inch HD display.

Under the hood, the Micromax Canvas Juice 3 has a quad-core MediaTek 6580 central processing unit, clocking at 1.3GHz. It comes with 2GB of RAM, 8 GB of native space (expandable up to 32 GB), and a whopping 4,000 mAh battery. The company claims 14 hours of talk-time and 21 days standby time on a fully charged battery.

Running Android 5.1 out of the box, the Canvas Juice 3 Q392 features an 8-megapixel autofocus back-facing shooter with LED flash, and a 2-megapixel front-facing unit for clicking selfies. When it comes to connectivity, the phone supports dual-SIM, Wi-Fi b/g/n, 2G/3G, Bluetooth, GPS with A-GPS, Micro-USB, and FM Radio.

On the Indiatimes website, the Micromax Canvas Juice 3 Q392 is listed in silver color, but is currently not in stock.