MobiPicker
News Micromax Q339 Launched in India at Just Rs. 3,499
Share on Facebook
Tweet on Twitter
Deal Alert: 49% Off on ExpressVPN
Touted as #1 VPN in the world, ExpressVPN is now offering 49% off & an additional 3-months of service on its annual plans.

The Indian smartphone maker, Micromax, has added one more entry-level smartphone in its inventory. Dubbed  Bolt Q339, the new phone comes with 3G connectivity, and an impressive price tag of Rs. 3,499. The phone will be available exclusively on popular online retailer Flipkart. 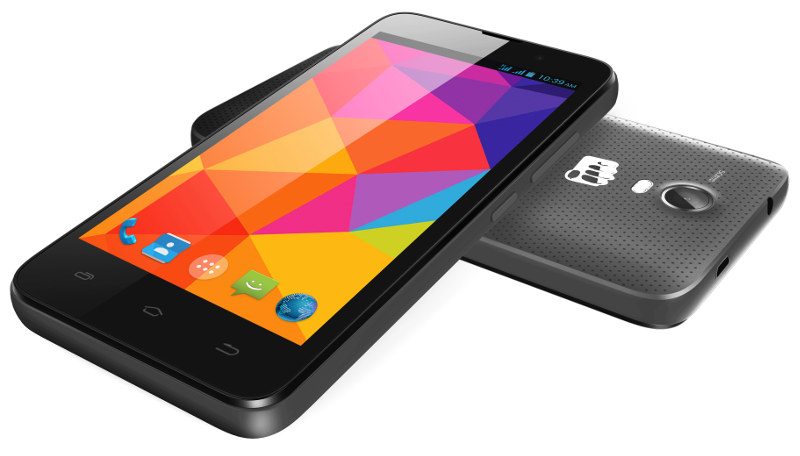 Given to price, the phone packs quite acceptable specs for first time users. Equipped with a 4.5-inch display and 854×480 pixel resolution, it runs older Android 4.4 KitKat OS. Under the hood, there is Spreadtrum SC7731 chipset with Mali-400 GPU and quad-core 1.2GHz processor, paired with 512MB of RAM. Other specs include 4GB of native storage (expandable up to 32GB), a 5-megapixel primary camera, a 2-megapixel front-facing shooter, and a 1,650 mAh battery.  Similar to other Micromax handsets, the new Bolt Q339 also supports dual-SIM function.

If you are a Vodafone customer, the company is also offering 500MB of 3G data for 2 months on Vodafone network.

“Micromax continues to be committed to offer the best of technology at disruptive price to the consumers. We believe in cutting across all entry barriers to ensure every consumer enjoys the access to the delightful world of internet, getting smarter and thus urging more users to join the 3G bandwagon. There is a massive user base of over 500 Mn feature phone users, waiting to upgrade to their first smartphone and Micromax is clearly their most preferred choice. Created for the discerning Indian consumer, the Bolt Q339 has been launched, this festive season, to empower a wider consumer base with the experience of best-in-class mobile technologies and richer on-the-go internet experience at an affordable price.”