MobiPicker
News Micromax Neo 14-inch Windows 10 Powered Laptop in India: Specs and Pricing
Share on Facebook
Tweet on Twitter
Deal Alert: 49% Off on ExpressVPN
Touted as #1 VPN in the world, ExpressVPN is now offering 49% off & an additional 3-months of service on its annual plans.

Micromax has launched the Neo LPQ61407W laptop in India in the all new Neo series. This latest laptop from Micromax is powered by Microsoft Windows 10 right out of the box. Micromax has earlier launched the Ignite and Alpha series laptops in India.

Micromax Neo LPQ61407W Laptop Specifications and Features: The Micromax Neo laptop sports a 14-inches (1366 x 768 pixels) display and is powered by the Intel Pentium N3700 with 1.6GHz Quad-Core processor with turbo boost up to 2.4GHz. It packs in 4GB LPDDR3 RAM and 500GB hard disk space with a microSD card slot for memory expansion. 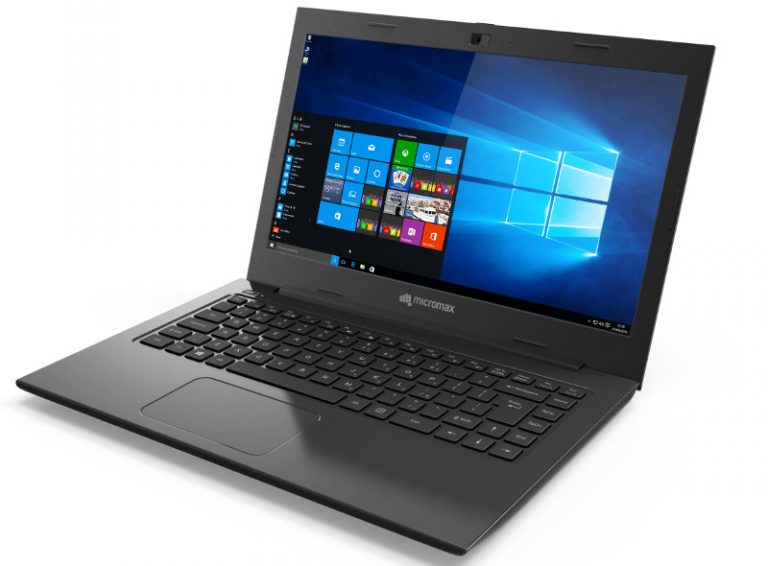 It runs on the latest Windows 10 operating system right out of the box. There is a 1-megapixel HD Webcam for your Skype video calls and quick captures. This Micromax laptop comes with a Microphone jack, a 3.5mm headphone jack, and Dual Speakers for sound output. Connectivity features include WiFi 802.11 b/g/n, Bluetooth 4.0, 1 x USB 3.0 port, 2 x USB 2.0 ports, Micro HDMI Port, and 1 x RJ45 Ethernet port. A massive 4800mAh battery will handle all your battery requirements.

Pricing and Availability: The Micromax Neo LPQ61407W comes in Black color and is priced at Rs. 17,990. The Laptop is currently available exclusively via Amazon.in