Micromax has introduced a new tablet with voice calling and 3G support in India, dubbed Canvas Tab P480. It will be accessible in white and blue color choices at INR 6,999.

The Canvas Tab P480 sports a 7-inch IPS display with a resolution of 1024 x 600 pixels, and is powered by a quad-core 1.3GHz processor. It packs 1GB of RAM, 8GB built-in storage (expandable up to 32GB), 5 megapixel auto focus rear snapper with LED flash, a 2 megapixel front shooter, and a 3,000 mAh battery. It supports dual-SIM functionality and runs Android 4.4 (KitKat) OS which is upgradable to Android 5 Lollipop. 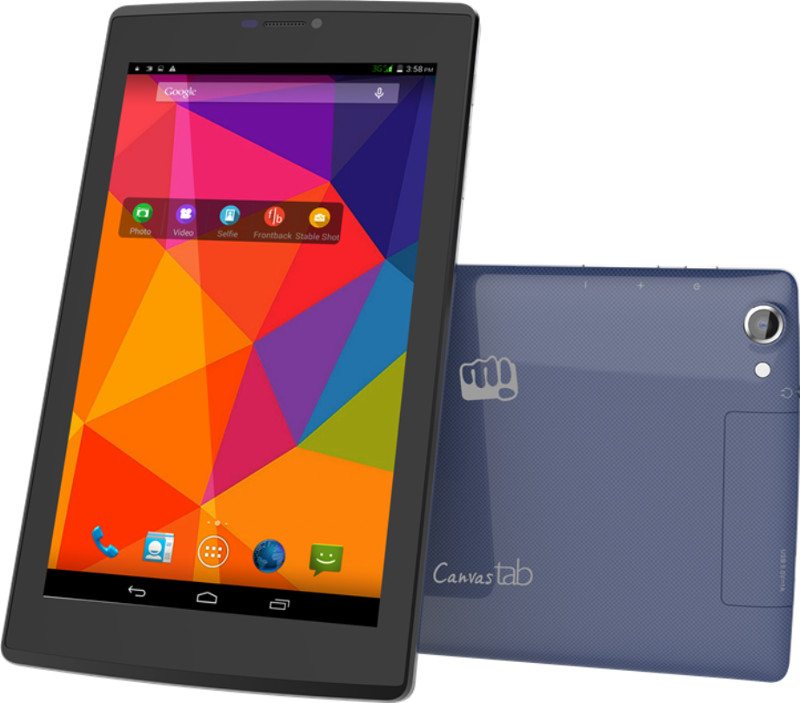