MobiPicker
News Micromax Ignite and Alpha Series Laptops Target Budget Customers, Ignite Starts at...
Share on Facebook
Tweet on Twitter
Deal Alert: 49% Off on ExpressVPN
Touted as #1 VPN in the world, ExpressVPN is now offering 49% off & an additional 3-months of service on its annual plans.

Today, Micromax has announced the introduction of two new laptop series to the Indian Market. The Micromax Ignite and Micromax Alpha series of laptops are an addition to Micromax wide range of gadgets. The new series targets the middle-level consumer. Micromax, known for its affordable smartphones, is among the top handset manufacturers in India. 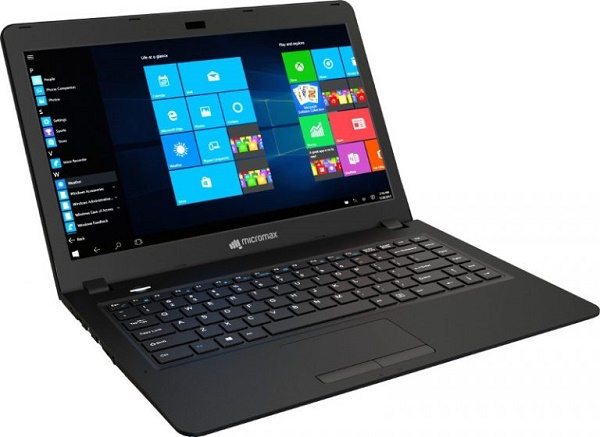 Micromax Ignite LPQ61 runs on the latest Microsoft Windows 10 operating system. The laptop is powered by a 1.6GHz Intel Pentium N3700 quad-core processor, and it packs a 4GB LPDDR3 RAM. The device has a 14-inch HD IPS screen, Intel HD Graphics, 4,500 mAh battery, and 1TB hard drive. It has 1 HDMI port, 1 Ethernet port, 2 USB 2.0 ports, and 1MP webcam. The Ignite LPQ61 is priced at Rs 18,990 and is available exclusively at Flipkart. With a plastic shell like any other low-end laptop, the Ignite LPQ61 does not come with touchscreen support and unattachable keyboard.

Mr. Shubhajit Sen, Chief Marketing Officer, Micromax Informatics Limited, stated, “The decision to foray into newer categories is sole basis the understanding of consumer demand and need and matching it with our strong credentials in the Indian market. While the laptop category is not growing very rapidly today, we believe the key barrier is to give a high performance, well-designed product at an accessible price. We have always strived to close the gap between consumer needs and available devices by bringing alive the best technology innovations and we believe we have done it with Ignite.”

There are no details available for the Micromax Alpha series. We will update the article as soon as we get our hands on the specs and other features of these two new budget series.