MobiPicker
News Micromax Canvas Tab P680 launched at Rs. 9,499 (USD $211.09) with 5MP...
Share on Facebook
Tweet on Twitter
Deal Alert: 49% Off on ExpressVPN
Touted as #1 VPN in the world, ExpressVPN is now offering 49% off & an additional 3-months of service on its annual plans.

Micromax, the Indian Mobile manufacturing company has launched a new Tablet in the domestic market, dubbed Micromax Canvas Tab P680. Priced at Rs. 9,499, the tab comes with voice calling support, and is available for purchase online as well as offline. 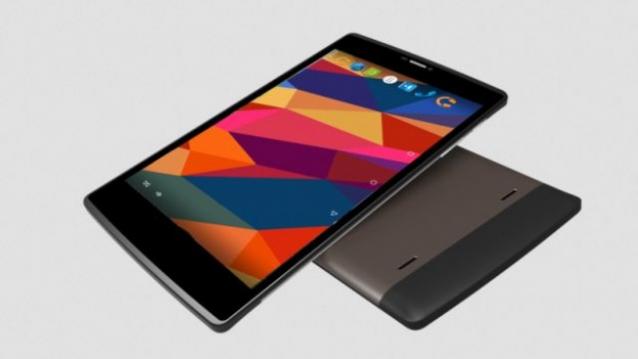 The Micromax Canvas Tab P680 houses 1 GB of RAM, and 16GB of native storage, which is further expandable up to 32GB via microSD card. Android 5.0 Lollipop is pre-installed. It boasts an 8-inch display with a resolution of 1280 x 800 pixels.

Powered by a 1.3GHz quad-core processor, the Tab P680 features a 5 megapixel primary snapper with LED flash and a 2 megapixel unit on the front side.

You can also check other smartphones and tablets from Micromax, and recently launched products from the company.