Today. the Chinese smartphone maker Lenovo launched three smartphones in India, namely Lenovo A1000, A6000 Shot, and the K3 Note Music. Now we just received an information that the domestic company Micromax has also launched a new device in the country. However, Micromax launched a tablet, dubbed Canvas Tab P290. Priced at Rs. 4,599, the new tab will be available exclusively on Infibeam, an online etailer. 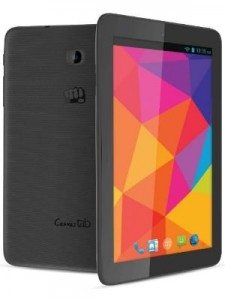 Micromax Canvas Tab P290 doesn’t feature SIM functionality; however, there is a Wi-Fi support for internet connectivity. Equipped with a 7-inch IPS display with a resolution of 600 x 1024 pixels, it packs 1GB of RAM, 8GB of onboard storage (expandable up to 32GB), and a 2820mAh battery.

Running Android 5.0 Lollipop out-of-the-box, the Canvas Tab P290 boasts a 2-megapixel rear camera, and a VGA front-facing shooter. Under the hood is the quad-core 1.3GHz processor with an unknown chipset and GPU.